Let’s feel better about ourselves

If you constantly wonder "Am I good enough?", you must work on your self-esteem. It is unhealthy to live under such pressure and you will see significant changes in your life once you learn to believe in yourself! 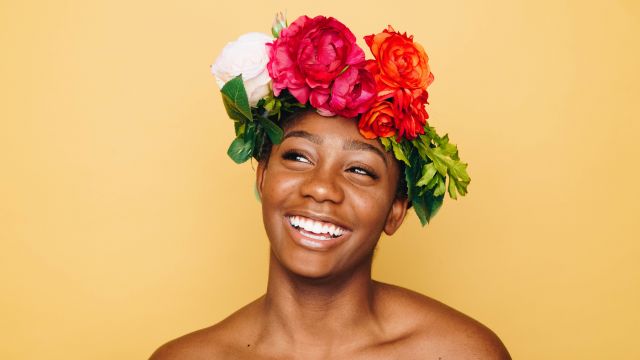 A boss who tells us off, being mad at our eldest son who is driving us crazy, forgetting a parent-teacher conference: there are plenty of excuses to feel bad when you are a woman and especially a mother!

Nobody can deny the fact that women are more openly self-critical than men. Despite this, our self-esteem improved over the past 20 years but even more so over the last 10 years, as our power in society increased, both at work and at home.

This is what Yves Dalpé, psychologist says. He admits that women are more likely to devalue themselves but he thinks the trend is reversing. “I meet couples in therapy and I can see it, it is as if women had more power within the couple,” he says, adding that we falsely think that men never look at themselves.

However, he says that the self-esteem of women who stay at home and who have no career seems worse than that of professional women because their work gives them an additional source of gratification. Women with a better education and living in couples also appear to have better self-esteem.

A longitudinal study conducted in the United States between 1994 and 2008 by the University of Basel, in Switzerland, revealed that women have as much self-esteem as men. The results showed that self-esteem increases until the passage to adulthood, where it stabilizes and later, decreases after retirement.

The study established a surprising fact: gender and revenue have no incidence on self-esteem. And while previous researchers demonstrated that boys had better self-esteem than teenage girls and women, this Basel study proved otherwise.

But this self-esteem and self-confidence are easily hurt when facing the harsh requirements of our society. We tend to lose ourselves in our desire to be perfect as mothers and as wives, our need to look good and the necessity to be fully involved in our work. 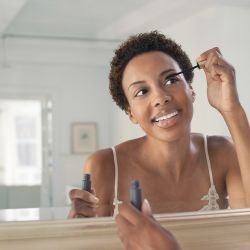 In fact, the study conducted by Dove, reveals that self-criticism begins to affect the young girls’ self-esteem at the age of 14. At that age, 55% of young Canadians say they feel the need to look pretty. When they are 29 years old, the proportion rises to 96%.

After reaching the age of 15, ladies are more critical of their beauty. Thus, girls who are self-confident represent 56% of teenage girls aged 15 to 17 years old (compared to 76% in girls aged 10 to 14 years old).

Furthermore, 70% of girls are more likely to avoid social activities if they feel like they MUST be beautiful.

The ideal of beauty is influenced by many factors: peer pressure, family history, stages of life, education, and media. Many studies demonstrated that being frequently exposed to those images of perfect and utopic beauty undermines self-esteem (in both men and women).

The obsession with physical beauty may lead to concrete solutions like plastic surgery. Yves Dalpé told us that women who undergo breast surgery usually have low self-esteem. “They want to feel more valued but the problem is usually elsewhere…”

According to the psychologist, the influence of the perfect woman on our self-esteem stems from our relatives rather than from the media. “If the woman feels like she does not meet the requirements of her friends who perform well, her self-esteem is affected.”

5 attitudes to find balance in your life

In this article, you will discover positive attitudes and tips to overcome bad habits. Hopefully, you will learn to say no and stop postponing and procrastinating!

An estimated one in five women (20%) and one in ten men (10%) will suffer from depression in their lifetime. Let's see what's going on.

We all know that human beings need recognition to be fulfilled. Yet, many mothers lack recognition!