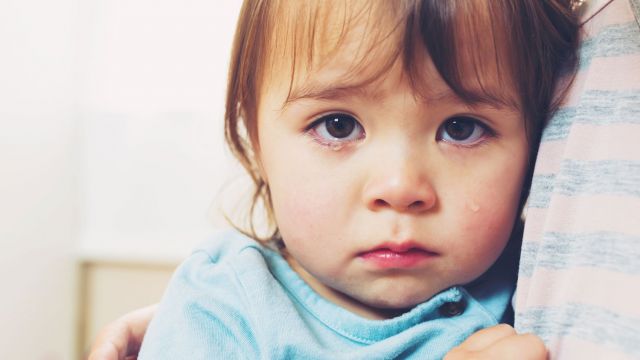 The first observation that parents make is that children, unlike adults, seem more susceptible to ear infections. Unfortunately, this is a fact. Ear infections mainly affect babies aged between 6 months and three years old. Several factors can explain this fact.

Young children are more at risk

Generally, ear infections are caused by viruses and / or bacteria that travel from the back of the throat to the Eustachian tube. In children, this part of the ear is shorter than in adults, which makes them more vulnerable to ear infections, especially during a cold. Knowing that children under two can have up to ten colds a year, we understand that ear infections have fertile soil to develop in young children.

Parents, be on the lookout

Speaking age children will complain of earache - although not always - and younger children will instead have clinical signs ranging from unexplained fever to trouble sleeping, irritability, excess secretions, poor perception of sounds or other symptoms. It is also common to see babies tweaking their ears. When otitis is suspected, should you necessarily rush to the doctor and ask for antibiotics?

We know that for some ear infections - such as mucoid or serous otitis - antibiotic therapy is not necessary and that for others, such as acute otitis media, it is. It is therefore difficult for a parent to know whether or not this otitis should be treated with antibiotics. In all cases, the latter must consult a health specialist.

Although the decision to prescribe or not to prescribe antibiotics is based on precise criteria and rests solely with the attending physician, several studies suggest delaying the taking of antibiotics by 48 hours in small patients whose symptoms are not severe and who have no particular illnesses. This decision, adopted by mutual agreement with the parents, aims to curb unnecessary medication use and, therefore, to prevent antibiotic resistance. Since certain types of ear infections resolve on their own, waiting 48 hours can be a winning strategy.

Remember to relieve the pain

Who says "postpone taking antibiotics" does not mean "neglecting to relieve the child's fever and pain". Indeed, the administration of ibuprofen and acetaminophen is recommended during the first days.

A few simple actions, to integrate into a child's routine, can act as a preventive measure. Here are a few:

During the summer, children spend a lot if time outside. So before sending them out, here are some simple tips to prevent dehydration.