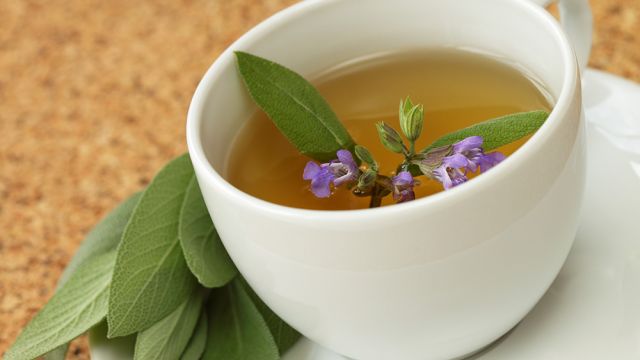 Archaeological excavations have revealed that medicinal plants were very important in ancient civilizations. Their use to treat imbalances that affect women during their reproductive life has a long history. For example, among Native Americans, Cherokee, Iroquois, Micmac and Penobscot used black cohosh, or "squaw root" to help difficult deliveries, painful menstruation and uterine disorder.

The role of plants

Medicinal plants act in many ways on your reproductive system. Some plants will invigorate and nourish reproductive organs, mucous membranes and smooth muscles. Others will balance hormones and the endocrine system as a whole. Others still will promote better circulation in the pelvis. Plants also promote fertility by balancing hormones, boosting libido and toning the body in general.

Here are four plants of choice for women. I chose plants that grow here, in our gardens, meadows and forests. 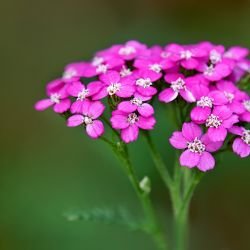 This one is abundant in both countryside meadows and roadsides. Yarrow is one of those versatile plants that deserve a place in the family pharmacy. One of its popular names is military grass since it stopped bleeding and has also greatly served during the First World War.

One of its virtues is to be of great help for women of reproductive age. It is particularly useful in cases of heavy and painful menstruation. It also promotes hormonal balance. It acts on the liver to allow better removal of excess oestrogen. Therefore, it allows treating diseases related to overly high oestrogen levels like fibroids, cysts and endometriosis. It should not be used during pregnancy and lactation. It should also be avoided when using blood thinners. 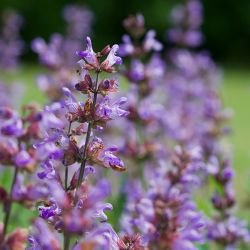 Sage is an herb that has been used for a long time by many people in both medicinal and culinary fields. Its Latin name, salvia officinalis, means the plant that saves. In Provence, France, there is even a saying: "The one who has sage in his garden does not need a doctor." Considered as saving for the body and the soul, it has been widely used in rituals and ceremonies. In the 16th century, the Chinese used to buy it from the Germans in exchange for tea chests. Sage, according to Chinese medicine, would tone the Qi of genitals.

In addition to its digestive, antibacterial and antioxidant properties, sage has an antiperspirant action. It is very useful against the discomfort experienced by menopausal women as it reduces hot flashes and fights excessive sweating. It inhibits lactation so it can also be used to reduce your production of milk. It is cons-indicated in pregnancy and lactation unless prescribed by a healthcare professional. 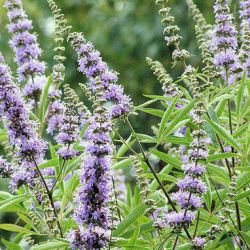 In the Middle Ages, Vitex was used by the monks to ease their celibacy and punish lust. Hence its popular name "Monk’s pepper" and its Latin name "chaste tree". However, it is not its anaphrodisiac power over men that attract attention nowadays. Currently, in the West, Vitex is one of the most commonly used herbs to treat gynaecological problems in women. This plant treats amenorrhea, menstrual cramps, premenstrual symptoms, infertility, acne and disorders related to menopause. It is also used to prevent miscarriages. Vitex is known to increase progesterone and correct luteal insufficiency. It is known to have a direct effect on the pituitary gland.

It requires a daily intake of at least 3 months. It should not be taken with dopaminergic or hormonal drugs. It is cons-indicated during pregnancy and lactation except during the first trimester of pregnancy on the advice of a healthcare professional.

Do you have access to a small community garden or a piece of land? Here are 10 easy-care plants that will allow your children to taste the fruits of their labor!

20 plants to be wary about

We love our plants and flowers with all their beautiful colors! They add life to our décor and freshen the air. But are they all safe for the kids? Here are a few plants that should be placed on the top shelf…

Are your plants poisonous?

They please the eye and purify the air. However, some plants are two faced. Is it toxic or not? Do you have any of these plants at home?