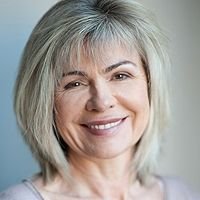 Martine studied clinical psychotherapy in 1995, earning a diploma from the Gestalt Intervention Centre of Montreal, followed by five years of practicing therapy in the city. She has accompanied people on the road to death, and has helped families affected by genetic illnesses or AIDS. Today, she works as a coach for a communications and marketing company, helping to recruit international experts for the European Commission in Brussels. She also has a private practice and greatly enjoys one-on-one time with her patients. For more info, email her at [email protected] or give her a call at +32-485-614-234.

School stress: how can we help?

Stress is a response of the body that is useful for survival. If an optimal stress level is necessary, what should we do when we exceed this level?

How to keep your New Year’s Resolutions in the long run?

Having goals and ambitions is a sign of proactivity and good health but to stick to the plan, whatever the plan is, we need perseverance.

My love life is a mess

Some people wonder what they must have done in a previous life to be doomed to one sentimental failure after the other. Is it your case?

Your baby, his brothers and his sisters

When a baby arrives, everyone is overjoyed but he still represents a big change for parents and their other children.

Getting ready for daycare

You will soon be dropping your baby off at daycare for the first time and are reluctant to leave your little one in a stranger’s hands? Here are a few tips for you.