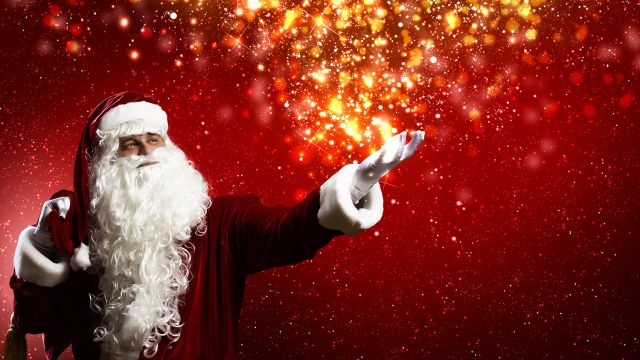 Beyond their innocent appearance, entertaining purpose and intrinsic optimism, fairytales are stories that speak in a concealed manner about life’s great mysteries: birth (where do we come from?); the oedipal passage, which requires a radical separation of the child from his parents; marriage, i.e. the need to establish a new family unit; etc. And we also have the popular tales such as Santa Claus.

We have all believed in Santa. But where does this big man dressed in red and white come from? Why lie to kids like this, when we teach them to be honest? At what age should we tell them the truth?

In all western civilisations, there’s a special character that offers gifts. Today’s Santa Claus, big, bearded and dressed in a red suit, came directly from the post-war United States. But let’s not forget that this is a pagan rite rather frowned upon by the Catholic Church: the serious believers do not celebrate Santa. They only honour the birth of baby Jesus.

Must we absolutely tell the truth to our kids?

No. Young children live in a half-real, half-imaginary world, occupied by fairies, dragons, talking dogs, ghosts, and superheroes. Their need for wonderment is a form of protection against the outside world’s harsh realities, and there’s no need to force our kids to be grounded when they’re so young. You probably don't feel like you’re lying to them when you’re reading them a story or letting them watch cartoons... this is the same thing! 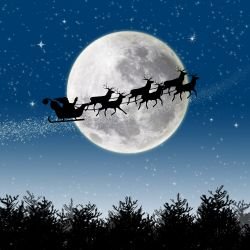 You can, of course, think that the whole Santa story is hard to believe! However, the idea of a big man living in the sky, going around in a sleigh pulled by reindeers to deliver gifts to all the children in the world is nothing extraordinary for kids! Nor is the thought of a fairy exchanging a tooth for money! However, if a child is surprised to see five different Santas on the street, explain to them that they are just people who dress up as Santa, and that the real one only comes when the kids are sleeping.

When to reveal the truth?

You can keep the magic going for as long as the child believes in it. There are three types of situations :

Their young and an older child told them that Santa doesn’t exist.
If they seem sad, reassure them and tell them that although some people don’t believe in Santa, you do! It should satisfy them!

Their older and start to ask questions.
When your child starts asking questions, they usually already have a few doubts… and they probably already know the truth! If they're 5 or 6 years old, an age at which some kids start having doubts, they might be disappointed when you confirm those doubts, but it’s better for them to know the truth at this stage than to feel like a fool at daycare because no one else believes in Santa anymore.

They still believe after turning 6.
They might find themselves in a tough situation, when a friend makes fun of them or calls them a baby. They may then blame you. And even if they still want to believe, they probably know more than you think. Start by explaining reality by telling your child what is not possible (real people can’t fly in the sky on a sled, they can’t go down the chimney, etc).

This year’s Christmas magic fills your heart with childish joy but the sounds, the images and the smells make it even more substantial. Here are some suggestions to transform your home into a real Christmas wonderland…