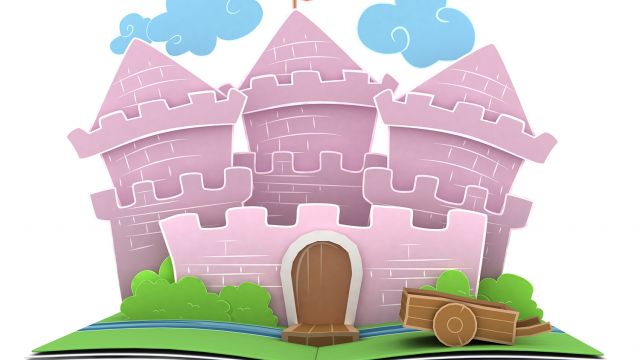 Fairy tales are not only useful to help your children sleep, even if they have been making miracles for mothers for generations. Unknowingly, writers also taught children to follow the rules, to be careful and to face adversity with courage. Why are fairy tales so important? Why are they better than just telling the truth?

Use magic to fight fear

For several children and for some adults, naming painful or taboo subjects makes shyness and fear even worse. It is no coincidence if children prefer to talk about “private parts” instead of naming taboo body parts. The same goes for experiences and situations that they are uncomfortable to discuss or about which they cannot find words to express how they feel.

Subtly and without focusing on fears and difficulties, fairy tales tell the stories of strangers and animals that have no resemblance with the real world. Still, parts of the story and the feelings described give them the vocabulary needed to describe their situation and explore the unknown. The stories allow them to compare the fairy lands with their own life and to find solutions in the real world. As they read about it and think about it over and over, the problems they face seem more common and less impressive.

The big bad wolf, representing danger is a recurrent theme in fairy tales. For the three little pigs, the wolf is embodying bad weather and reminds children to always be ready for the worse and to work well before playing.

For Little red riding hood who represents puberty and menstrual periods for many psychologists, the big bad wolf is a predator, a bad man, while the hunter represents everything that is good in a man: protection and kindness. Like many old tales the story of Red riding hood has become much lighter through the years but in the original version, the wolf won and the tale was ending with this conclusion: pretty young girls should never listen to strangers. This tale teaches safety and vulnerability.

Most fairy tales end with a conclusion that teaches children the basics of a useful concept that will help them make decisions and face danger alone. These conclusions, without being worrisome, make them think about various subjects and reach their own conclusions. 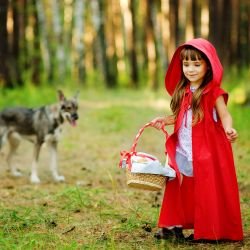 Several essays have been written about the use of fairy tales in psychotherapy. It is known that fairy tales sow ideas in the minds of children and these ideas can root immediately, root when they are old enough to process the information or remain dormant forever. To allow specific ideas to grow, some psychotherapists write and use fairy tales in therapy. Fairy tales are mostly used for their capacity to enhance self-confidence and to focus on a person’s strengths.

Another great thing about fairy tales is the presence of the parent who reads them. Mothers who change her voice and make funny faces right next to their little children help them ridicule fearsome objects. They also contribute to their development as they fight wolves and witches together. For a child, this is the moment when magic becomes reality.

Little history of the Tooth Fairy

When a child starts losing his milk teeth, he discovers one of the mythical childhood characters : the tooth fairy!

Rain or shine, hail or snow, hot or cold, a book is always a great companion! Here are 10 tips to help your kids enjoy reading!

Reading is a fun way to travel without actually moving. It brings you to a new dimension where you are immersed in the story and never feel alone. It's also a fun way to learn new things!