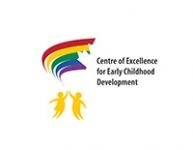 Did you know that women who lack essential nutrients at the start of pregnancy put their own health at risk and perpetuate a cycle of poor mother-child nutrition? Healthy eating is crucial.

Feelings of trust and security help your child to become independent and face the challenges of childhood and more difficult situations. The parent-child attachment is all about trust.

Crying: Listen, they're talking to you!

Crying is the main way of communicating for babies less than 3 months old. When your baby “communicates” a lot, are you trying to figure out what he’s trying to tell you?

Tobacco use during pregnancy

Newborns who have been exposed to tobacco during pregnancy generally weigh less, are smaller in height, and have smaller heads and brains. Something to seriously think about.

First Steps Toward Reading and Writing

These fundamental skills are developed from early childhood. They play a role in how well your child will succeed in school.

Building a bond that lasts a lifetime

From the first months of his life, a child will build bonds that will be decisive in his development. A few explanations.

Parents are often given conflicting advice about whether to apply a “scheduled” approach to baby care, or follow their infants’ demands. A recent study looked at the impact of different parenting approaches on infant crying and sleeping.

A recipe for healthy eating

Eating well is about choosing the right foods, but also about creating a nice atmosphere to make healthy eating a fun time for the entire family.