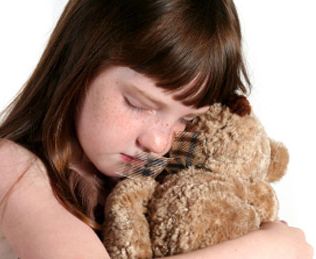 The first hint that epigenetics – or the effects of the environment on genes – could help explain mental health problems comes from pivotal animal research led by Michael Meaney and Moshe Szyf from McGill University. This research showed that rat pups who were licking and groomed more by their mothers had more receptors in the hippocampus for an important stress-regulating hormone known as glucocorticoid. The hippocampus is an area of the brain involved in the control of emotion.

From Rats to Humans

To find out if similar mechanisms are at play in humans, Drs. Meaney and Szyf teamed up with Dr. Gustavo Turecki, also from McGill University, to examine the brains of suicide victims, comparing them with the brains of those who had died by other means. Individuals who were abused and/or neglected in childhood are at an increased risk for suicide later in life, so the investigators also conducted extensive research into the early life of their subjects, interviewing family and friends as well as studying any relevant police, medical or youth protection files, to see if they had a history of abuse or neglect.

“Individuals who died by suicide and were abused [or neglected] in childhood had decreased levels of expression of [the glucocorticoid receptor, or GR] gene in the hippocampus of their brains as compared to controls,” says Dr. Turecki. These findings directly correlate with the animal studies, since the GR gene encodes for glucocorticoid receptor.

Abuse and Neglect “Turn Off”

The suicide victims with a history of abuse were found to have increased chemical changes, known as methylation, in a portion of the GR gene responsible for regulating its activity. This methylation essentially “turned-off” the gene.

These results tie in well with other studies demonstrating that suicidal individuals often have a disruption in their hypothalamicpituitary-adrenal (HPA) system. Glucocorticoid plays a starring role in this hormonal system which is involved in regulating stress.

“For the first time in humans we were able to show what molecular mechanisms mediate the effects of early life abuse and neglect,” says Dr. Turecki. Research like this not only highlights the need to intervene early for children in abusive or neglectful environments, it also provides hints as to how to treat suicidal tendencies – perhaps future therapies could somehow reactivate the GR gene or otherwise help balance the HPA system. 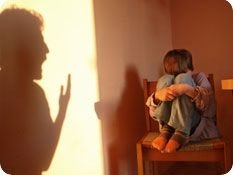 According to Martin Alda, an expert in psychiatric genetics at Dalhousie, this research is groundbreaking. “It is very critical for understanding elements of how environmental stressful life events influence brain function and behaviour… It raises a lot of provocative questions,” he says, such as, what would happen if abused or neglected children received help early on?

Animal studies have shown that transferring rat pups from neglectful mothers to more nurturing foster mothers can undo some of the negative effects of early deprivation. Since the process by which the brain responds to neglect appears to be similar in both humans and rats, it remains an intriguing possibility that abused or neglected children might avoid some of the negative long-term consequences of their deprivation if their environments are improved in time.

For a more in-depth understanding of the latest scientific knowledge on early childhood development, consult our experts articles in the Encyclopedia on Early ChildhoodDevelopment, available free of charge.

Palkhivala A. How childhood abuse gets under the skin. Bulletin of the Centre of Excellence for Early Childhood Development 2010;9(1):5. Available in PDF. Accessed November 2010.