Parents are often given conflicting advice about whether to apply a “scheduled” approach to baby care, or follow their infants’ demands. A recent study looked at the impact of different parenting approaches on infant crying and sleeping. 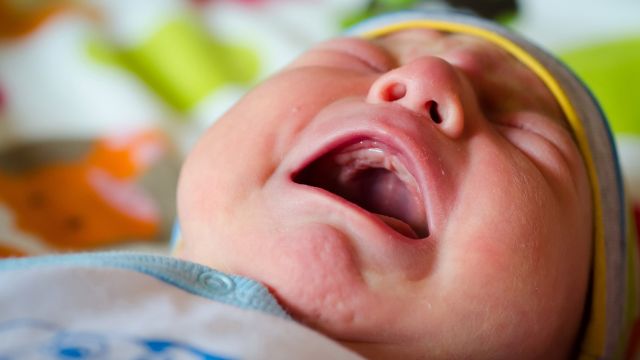 The first group of parents practiced a “proximal” form of care: they held their babies more (15 to 16 hours/day), breastfed more often and slept with their infants throughout the night.

A second group of parents, in London, U.K. adopted a more “structured” approach: they spent much less time holding and carrying their babies,let their babies cry more often, and switched to bottle-feeding earlier.

Ultimately, the “best” strategy depends on what parents want to achieve, says Dr. Ian St. James-Roberts, the study’s lead researcher, from the University of London.“Proximal care may suit some parents’ wish for close contact with their babies. For many Western parents, the goal is to minimize early crying and to encourage their babies to sleep through the night at as young an age as possible. If that’s the goal, then the intermediate approach to care seems to be better overall.”

Dr. Dominique Cousineau, paediatrician and head of developmental pediatrics at the CHU Sainte-Justine in Montreal, says the finding that colic is independent of the method of care will no doubt be reassuring for parents. In her experience, most North American parents practice a form of care similar to the parents in the study who adopted an intermediate approach, because that is what practitioners are advocating.“In the first few months of life, the mother and the child are one. Holding babies and responding quickly to their cries helps develop their sense of security and plays an important role in developing the attachment relationship,” she explained. “It also fosters cerebral growth. Parents are teaching their baby that there is a consistent response to their actions, and this helps the brain organize and structure itself.”

While the optimal method of infant care is still under debate,parents of babies prone to colic can be reassured by one thing: it’s not their fault.

When your baby is screaming their lungs out, you don’t always know what to do. Is it pain, fatigue, discomfort, colics? Here are few tips to help you understand.

New evidence suggests that crying is indeed what triggers some parents to shake their babies. Equipping them with coping strategies may help reduce the incidence of Shaken Baby Syndrome.