Little history of the Tooth Fairy

When a child starts losing his milk teeth, he discovers one of the mythical childhood characters : the tooth fairy! 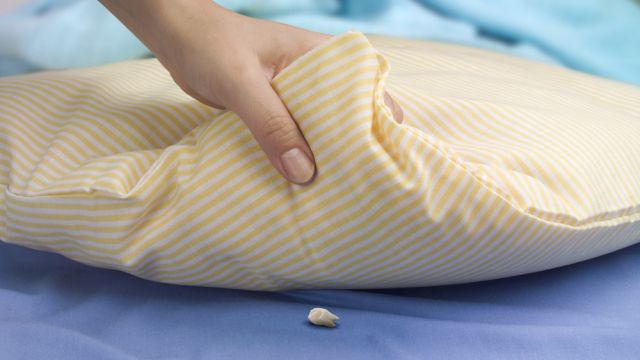 When you were a child and lost a tooth, your parents probably told you to put it under your pillow to get a little surprise from the tooth fairy. Now that you’re a parent, you may wonder if the tooth fairy is really a necessity or just an excuse to give your child money. Here’s more on the subject.

The Tooth Fairy is a mythical character, like Santa Claus and the Easter Bunny, used to reassure kids when they lose their milk teeth (at about 6 years old). Parents tell their kids that the fairy will come when they’re asleep to give them money or a treat to congratulate them for being so brave. When the child is sleeping, one of his parents will thus take the tooth and replace it with the money or treat. In other countries, such as France, Belgium or Switzerland, it’s a mouse that will come, and not a fairy. In Spain, it’s “little angels”.

Should we add the Tooth Fairy to our family traditions?

Is it necessary to involve the Tooth Fairy when our child loses a tooth? Because it’s an imaginary and mythical character, it would seem that it is. Psycho-educator Solène Bourque agrees: "Imaginary characters help children learn right from wrong, tame their fears and better express their feelings. And don’t worry about the deception your child could feel upon finding out the truth. The fun they’ll have had from that belief will always remain a precious memory.” When kids are young, we tell them about Santa Claus and we can see in their eyes all the joy and excitement the big bearded man bring them. For some, not talking about him is simply unthinkable. The Tooth Fairy plays the same kind of role in a child’s life because he has a real need for fantasy and wonder in his life. 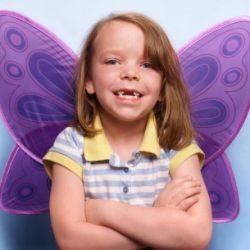 Melissa Delage, 30, has fond memories. "When we were younger, my sister and I tried to stay awake for as long as we could to see the Fairy arrive and know what she looked like. Unfortunately, we always fell asleep and woke up the next morning to find out that our teeth had been replaced by a coin! We were amazed!"

Obviously, not everyone has the same kind memory. Mathieu Duguay, 21, says : "I don’t really have any memory about it. The tooth Fairy didn't really leave a mark in my life.”

Some children will not be interested by the Tooth Fair, but you can still try to play along and see how it goes.

What happens with all the teeth?

Your child might ask you what the Fairy does with all the teeth she collects? It remains a mystery. In Algeria and Morocco, a child who loses a tooth must face the sun and ask Allah to exchange it for a "gazelle tooth", since gazelles are synonyms of beauty in these countries. The child believes that the adult tooth growing in his mouth is a gazelle! In Togo, children are told to throw their tooth over their house and keep their mouth closed so that lizards won’t see the hole in their mouth, otherwise their adult tooth would not grow.  Here in Canada, the Tooth Fairy exchanges teeth with money or treats. In the case of money, the amount varies. The goal is not to give the child a lot of money, but rather to surprise him with the disappearance of his tooth under the pillow.

Losing a tooth for the first time can be stressful or exciting for a child. Be aware of his worries and answer his questions. Share your own experience with your child and enjoy the moment. Losing a tooth is a sign that your little one is growing up!

Julie Mainella is passionate about all aspects of dentistry. Mom of two adorable girls, she made them understand the importance of dental health at an early age. She has worked with children in a dental practice and has a wealth of tips and tricks to make children like brushing their teeth and enjoy their visits to the dentist!

Late teething: Understanding the development of your child’s teeth and when to get a dentist involved

All your friends’ babies started teething around six months, and your one-year-old is still toothless? We’ll explain why some babies’ teeth appear later than others.

Caring for your child’s teeth

A study by the Montreal-Center Public Health Department and Université de Montréal shows that 42% of children who enter kindergarten have cavities on their temporary baby teeth.

Pacifier, yes or no?

The need to suckle is instinctive! Even in the mother’s belly, the baby will bring their hand or fingers to their mouth. Once born, the baby will look for that same familiar comfort, either in a pacifier or their trusty thumb!