Once, godparents were sponsors of children’s Faith. Today, are they still useful or are they reduced to being gift givers? 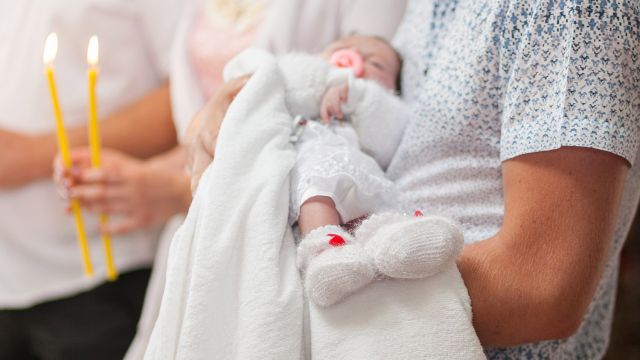 They are your brother, your sister-in-law, your sister, your brother-in-law. They receive for your baby the Paschal candle, make a sign of the cross on his forehead and sign the big book in a ceremony followed by a feast and a cake. At the same time, they will offer a gift to your son or daughter… even if it is not his or her birthday. Then your child will receive, at every occasion until his 18th birthday, and extra gift from these generous donors, his godfather and his godmother.

That is, in short, the job of a godmother and a godfather in 2011 and what it looked like twenty years ago.  A role of guide in Faith that was slowly reduced by the victory of capitalism over religion says Benoît-Marc Boyer, priest at the Diocese of Montreal. « They (godparents) are there to help the catechumens develop their faith and make it grow; at first, in the Bible, the Word said: “Go and make disciples of all nations, baptizing them in the name of the Father and of the Son and of the Holy. This is how we had the idea of asking the baptised to share their faith and they slowly became godparents.” he tells us.

The godfather and godmother first represent, in the Catholic Church, an extension of the family, which is why we choose a man and a woman and then they represent the Church where the child will be reborn, adds Abbot Boyer.

A godparent must be baptised to begin with. He must also have received his First Communion and Confirmation and be aged 16 and over to be a legitimate godparent but he doesn’t have to be a member of the family. “This is what gives us the essential Christian maturity although it is not absolutely necessary to have a godparent to be baptised” adds the priest noting that it would be preferable.

It is essentially a religious role that is not written in the Civil law. If the parents suddenly die before the children reach they majority, the godfather and the godmother will not become the legal tutors of their godchildren. It is a disposition that must be established by Will. 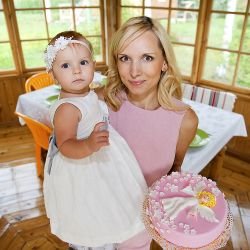 Because their mission is a religious one, it is strongly recommended to offer the godparents a religious Christening gift, says Abbot Boyer. Other than the little silver spoon that was given to those who are now in their thirties or forties when they were baptised, “The religious shops abound with beautiful religious items such as books filled with beautiful Christian art prints”, he adds.

It is becoming harder and harder to find someone to empower this role. It may be because of its religious color or because this religious nature is now more obvious.

You must therefore undertake this quest seriously. First, rest assured, you can choose your sister even if she already sponsored another nephew. You can be the godmother or godfather of more than one child as long as the importance of the task doesn’t stop us from assuming our responsibilities.

However, your gay cousin and his spouse cannot be your child’s godfathers. “In the Catholic Church, because the man and the woman complete each other, a child must have a godmother and a godfather. You can have only one godfather or one godmother but not two godmothers or two godfathers”, explains the abbot Boyer.

A matrimonial status should not interfere with the possibility of sponsoring a child, adds the priest. A divorced person who fulfills all the other requirements including “Living Worthy of the Gospel” can become a godparent. Of course, this requirement may be subject to different interpretations but that is precisely what we must do when it is time to choose: use our judgement…

… because we can’t change our mind. Once the names are written in the register of the parish, you can never change the godparents.

It is therefore important to choose wisely among our brothers and sisters first and the rest of the family next (if the ranks are too thin) who will be the best witness of Faith for our child. When choosing on this base, it will be easier to explain to those who will feel “left behind”…