A heart attack in her forties

She was too young and too slim to have a heart attack, at least that’s what she thought until the ambulance arrived. What about you? How is your heart doing? Could you tell if you were having a heart attack? 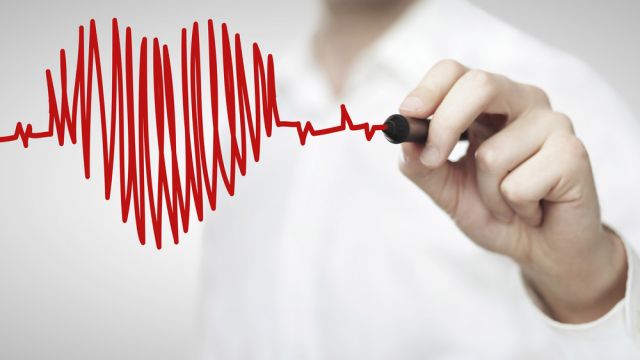 Jo-Anne Swanson, a young and ambitious woman could have never imagined being taken to a hospital during her business trip in Toronto. It’s a pain in her chest and arm that was worsening that decided her to make the call that saved her life. She probably could have seen it coming, but like most women, she was too busy to take care of herself and to slow down. Several women also believe that heart diseases only concern men, yet, women are more likely to die of a heart attack or a stroke than men!

Every seven minutes, a person dies from a heart attack or a stroke in Canada.

Heart diseases and strokes are two of the three main causes of death in Canada.

In 2008, cardiovascular diseases were responsible for:

When the paramedics arrived, they ran a test with their machine and Jo-Ann Swanson’s heart looked just fine. “They asked me if I wanted to rest or if I preferred to consult a doctor. Being 44 years old, slim and seemingly healthy, I wasn’t at risk. Fortunately, I felt too bad and I decided to go to the hospital anyway.” On the way, the paramedics asked how much pain she felt on a scale of 1 to 10, to which she replied “15! I think we should hurry!” Her misadventure lasted only three hours and that was enough to damage 40% of her heart.

A few weeks before her heart attack in 2005, Jo-Anne had felt very tired during her holidays in the Dominican Republic. “I wasn’t stressed at all, I was on vacation, but twice during the night and once during the day, I felt a little pain, like pressure in my chest and then I felt sudden fatigue.” She thought it was just a heat stroke so she took Advil every four hours and continued to enjoy her vacation. “Doctors told me that Advil slightly thins blood and maybe that’s what saved me then.” 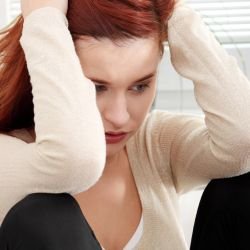 In pretty good health at the time, it is probably her stress and smoking habit that caused Jo-Anne Swanson’s heart attack. “I was doing too much, I stopped training, started smoking again and I had quite a bad diet for a while.” She had a stressful job and took care of her sick father who died of cancer in 2003. She also lost her mother who died of a heart attack nine months before she had her own. It was too much. “I was told (and now I can see it) that I wasn’t managing my stress and my emotions correctly. Women often feel invulnerable. We must learn to seek help without fearing to disturb others.”

She had also felt a sharp pain in her breast a few weeks prior and her doctor had scheduled a battery of tests but the heart attack came too early.

« It was a wake-up call. I stopped smoking, I started training again and I quit my job.” After two years, her heart had recovered at 99%. Although she said that she feels vulnerable, she takes good care of herself, exercises and learns to deal with her emotions. She also sees a cardiologist twice a year as a preventive measure. She thinks that the key to good health is to prioritize yourself in your own life. “With everything that we have to do, and our tendency to feel very strong, we, women, should take better care of ourselves.” She opened three Curves centres in Gatineau and takes part in conferences to raise awareness. “I’m also doing Zumba and yoga to heal inside and out, I think it’s important”.

She thinks that women should take some time for themselves. “I often hear that mothers haven’t got the time to exercise but if you cannot take half an hour for your own health, what are you worth?” She says that it is not necessary to exercise intensively but that we should exercise in a way that makes us feel good. “Just taking an hour during our lunch break is enough to regenerate for the rest of the day and manage our stress. We feel the benefits of it after just one week.”

She also advises to quit smoking, maintain a healthy weight and be attentive to pain. “Like I always say, if you feel any significant discomfort between your navel and your nose, you should consult a doctor because the symptoms of a heart attack can be very different from one person to another. For example, my mother felt pain in her belly while others feel it in their jaw.”

For more information about cardiovascular health, to assess your risk of heart disease and stroke and to know the symptoms that may warn of a heart attack, consult The Heart Truth, an initiative of the Heart and Stroke Foundation.

February is Heart Month and because it is also the month of Valentine’s Day, let’s take a look at the effect of cocoa on your cardiac health.

Adequate breathing: a source of relaxation and wellness

Breathing is a very important function of the human body. From it, we draw our energy and our vitality and there are many benefits to breathe adequately.

When mom is well, all is well!

When mom is well, all is well! That is a sentence approved by all mothers but even if we know it we are not often being taken care of!