Adequate breathing: a source of relaxation and wellness

Breathing is a very important function of the human body. From it, we draw our energy and our vitality and there are many benefits to breathe adequately. 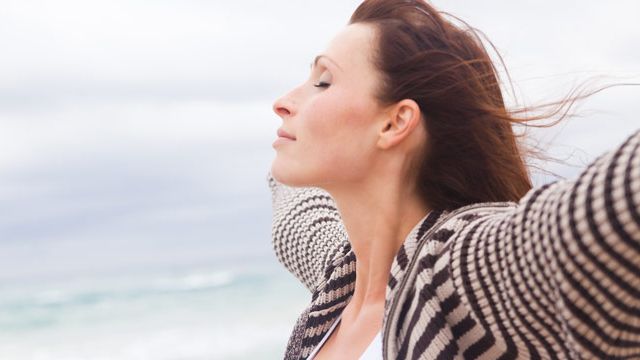 Breathing is a human function that is automatic and unconscious. From birth, the diaphragm –muscle located between the thorax and abdomen – stretches during inhalation and relaxes during exhalation without us having to think about it. Above the diaphragm is our heart and lungs while the viscera, liver and stomach are below. Breathing is divided in two stages, one of which provides the oxygen from the air, inhaling, and the other, exhalation, eliminates CO2. The respiratory rate of an average adult is approximately sixteen (16) breaths per minute and that of a newborn can range from 40 to 60 cycles per minute.

Singing, yoga and meditation, among other disciplines, use full breathing to obtain abdominal relaxation during inhalation and the involvement of the rib cage and chest. For our physical and psychic health, it is indeed essential to breathe through the abdomen like babies do naturally until the age of six. When we watch a baby sleep on his back, we can see his belly inflate during inhalation and deflate during exhalation, like a ball. However, once we reach adulthood, most of us breathe through the chest rather than the abdomen. This high and superficial breathing causes stress, tensions and even anxiety because some of the oxygen contained in the lungs is never renewed and is thereby responsible for toxins. In response to this stress, a whole hormonal process stimulates the production of adrenaline and hydrocortisone, which causes a reaction of fight or flight.

By breathing deeper, soberly and in a voluntary and regular manner, we solve this issue because the amplitude and rhythm of your breathing oxygenates your blood and eliminates toxins. The body then regulates hormone levels and compensate or the effects of stress. Inner calm is back… 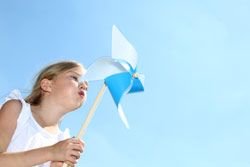 Is a child’s breathing different?

The respiratory system of a newborn is not completely formed and will develop until the age of twelve. The respiratory tracts of the newborn have a diameter that is five times smaller than that of an adult. They are also shorter and thinner. No wonder we almost hear nothing when he breathes. As he will grow up, his breathing will intensify until it makes peculiar sounds that may even worry his parents. Baby has irregular or rapid breathing? Sometimes is the sound so loud that he seems to have a cold? It can be explained by the fact that the air entering his reduced respiratory tracts encounters resistance that causes friction and the noise. Like an adult, a baby can breathe through his nose and through his mouth. However, because of the immaturity of his nervous system, a newborn only breathes through his nose for the first four weeks, except when he cries. It explains why it is so important to make sure that his airway is cleared to allow him to eat and breathe. However, if you notice that your baby breathes painfully or has respiratory problems, it is best to consult a health professional. If it is a false alarm, you will at least be reassured.

Practice and learn how to breathe!

Therefore, we mainly use full breathing to allow a longer period of contact between air and blood. In doing so, the blood flow increases and promotes a better irrigation of the brain. Are you surprised to learn that 20% of the oxygen is used by our brain? It is the largest consumer of the whole body.

To make school sound like fun, why don’t you look for an extracurricular activity? Let’s take a look at activities that focus on arts.

What are the easiest instruments to learn?

Whether you are a child or an adult, learning to play a musical instrument requires an investment of energy, time, discipline and money. Once you decide to go forward, which instrument should you choose?

Use your voice and sing to promote your well-being

Your back, your head, your lungs, your face, your belly… Yes! These are parts of your body and soul that shout HOORAY when you sing.

Do you need talent to learn how to play music?

Talent or passion? Talent or intelligence? Talent or hard work? Is talent inherent or can you develop it? To learn music, play instruments or sing, do you really need to have talent?