Let’s keep discovering. You will see how rich this approach can be. And who knows? Maybe you will adopt it during your next pregnancy! 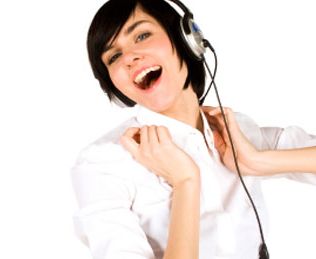 Let’s talk about the benefits for the baby, the place of the father and singing during delivery.

The benefits for the baby

The baby in the uterus hears the voice of his mother, he rekindles with it after birth and it is his best milestone. The skin of the foetus perceives vibrations long before his auditory system is developed. Without knowing it, the mother and the father produce, with their voice, a sound envelope that will undoubtedly leave a sensorial print on their child.

Not only the vibrations of our voice reach the baby, the affective climate does too. The mother varies the pitch, intensity and tone of her voice whether she talks to her child or not, and depending on her mood and spirits. Her spoken voice is like a song charged with affectionate messages. The vibrations of her singing voice are even more palpable and are perceived like nice micro-massages by both the mother and the child. The songs suggested in pre-natal singing workshops, whether they are soft or energetic, often thematic, offer moments of significant sharing and nourish the baby’s emotional life.

Stimulation through rhythm and resonance

Rhythm is part of the life of the foetus. Very early, he is stimulated by various beats. Your heartbeat, emotions, physical activity and tonus are all impacting on the baby’s heartbeat. The rocking motion, front-back or sideways, suggested during prenatal signing classes triggers an impulsion in the body that acts on the brain. The woman who swings and sings does not realize that such a simple movement can have an effect on many levels such as balance, memory, coordination and the baby’s well-being.

We just discussed swinging. This movement also provides the child with his first landmarks in time and space. Singing while swinging has an effect on the tissues and liquids and promotes the circulation in the body. The baby experiences a feeling of total security. We also observe that the baby recognizes the songs sung during the classes after birth. They are a bridge between the pre and post natal and help calm and reassure the baby. 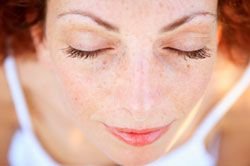 Like the heartbeat mentioned earlier, breathing is also part of the foundation of the biological rhythm and the air inhaled and exhaled by the mother gives a beat to the life of her in vitro child. The quality of breathing established by the mother through her singing undoubtedly results in a better oxygenation of the baby.

If the mother combines good posture and wide, deep and regular breathing, she gives her child more space and allows him to be more comfortable to grow in the uterus. The swing felt during the songs invites the baby to take his place in the middle of the pelvis. Furthermore, for the mother who regularly practices prenatal singing and who trains with low pitch sounds that diffuses in the pelvis, the relaxation of the tissues will benefit the positioning of the child. Very few cases of breeched baby happened to our regular participants.

At birth, we are not surprised to see that the baby feels the need to find his beat and the voice of his mother when he is laying on her. When he hears her heartbeat and her voice again, he feels secured by the movement and vibration.

Strengthening the parental relationship with songs

The intense bond that develops between the woman and the child she bears is sometimes abstract for the man and it is often difficult for him to feel included in that relation.

Bad breath, or halitosis, is a touchy subject, especially when you discuss it with someone who suffers from it. It affects nearly 65% ​​of the population.

Your pregnancy is the perfect time to put pieces of your unresolved unconsciousness together and, for your baby, it is a great time to interiorize your emotions.