To VBAC or not to VBAC?

Until fairly recently, a woman who gave birth by caesarean section was destined to have all of her future children by C-section.

But as surgical techniques changed, it became possible for many women to have a vaginal birth after caesarean (VBAC).

As doctors and patients learned more about VBAC, it became a more popular option. Current guidelines from the Society of Obstetricians and Gynaecologists of Canada recommend that women with a previous C-section be offered a trial of labour if they meet VBAC safety criteria (such as appropriate type of caesarean scar, and giving birth in a hospital where an emergency C-section is available).

For many women with a prior caesarean, VBAC became the goal for their next pregnancy. Popular wisdom had gone from one end of the spectrum (where one C-section meant another C-section) to the other end (where VBAC is best).

For VBAC, the pendulum may be swinging back to the centre as more research helps doctors highlight the risks and benefits, and select the patients most likely to have successful VBACs. Dr. Hani Akoury, a perinatologist and associate chief of obstetrics at Sunnybrook Health Sciences Centre, outlined recent VBAC research during a talk at Women’s College Hospital in Toronto on Oct. 2, 2009.

A vaginal birth is generally the most desirable option for both mother and baby, and that goes for women who have had a prior caesarean as well. If a vaginal birth is not possible or not advisable, a planned C-section is a safe alternative. However, a failed VBAC ending in an emergency caesarean is the least attractive outcome for mother and baby, with the most risks and the most potential adverse effects.

Several factors contribute to the likelihood of a successful VBAC. These include a previous vaginal delivery or a previous successful VBAC, a C-section scar that is horizontal and low on the abdomen, and the reason for the original C-section. If the original C-section was done for reasons that are unlikely to recur – such as a breech position – it bodes well for a successful VBAC. However, if the C-section was due to factors such as lack of progression of labour or a narrow pelvis, these may also affect subsequent pregnancies.

Dr. Akoury discussed some of the reasons why overall caesarean rates may be increasing. 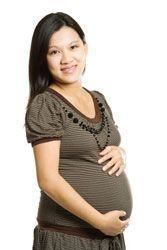 ‘Maternal age is a big contributor to caesarean section rates,’ he said, adding that the number of older mothers has been rising over the last 10 years. In women over 40, the C-section rate is almost 50 per cent, which is nearly twice the rate seen in younger women, Dr. Akoury said.

Other factors include the type of hospital. Teaching hospitals are thought to have lower C-section rates because they have greater resources to deal with different labour situations. Smaller hospitals may be unable to offer highly specialized care round-the-clock, so some more complicated births may end in C-section.

Although maternal mortality rates are very low, maternal deaths are three to six times more common in caesarean deliveries than vaginal births, Dr. Akoury said. There are somewhere between six and 20 maternal deaths for every 100,000 caesareans.

Risks to the baby include accidentally cutting the baby while performing the surgery, and a higher risk of certain breathing problems in newborns.

Having fears about giving birth

We are seeing it everywhere on pregnancy discussion boards: more and more pregnant women are afraid of giving birth. We talk about this phenomenon and give you tips so you feel ready to give birth.

10 things to bring to the hospital for baby

You’re giving birth soon and you don’t really know what to pack for baby at the hospital? Here are 10 things to remember to bring to ensure optimum comfort and safety for your newborn!

Delivery methods: Finding the right way to give birth to your child

Giving birth in a hospital or giving birth at home? Natural or c-section? Today, women can put together a customized childbirth plan truly in sync with their personal needs.