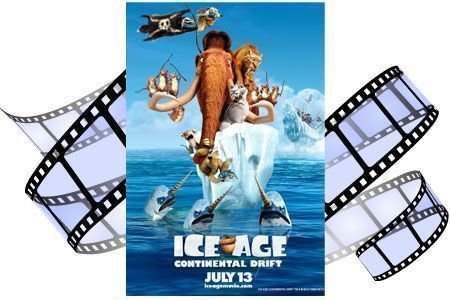 Release date: July 13, 2012
Genre: Animation
Rating: PG
Official Website
Synopsis: Manny, Diego, and Sid - embark upon their greatest adventure after cataclysm sets an entire continent adrift. Separated from the rest of the herd, they use an iceberg as a makeshift ship, which launches them on an epic seafaring quest. Manny and the gang are challenged like never before to become heroes and do the impossible, as they encounter exotic sea creatures, explore a brave new world, and battle ruthless pirates. And Scrat's reunion with his cursed nut catapults him to places no prehistoric squirrel has gone before. In 3D.