Every year in Quebec, hundreds of children are diagnosed with Attention deficit hyperactivity disorder (ADHD). But are these kids receiving a diagnosis too fast? 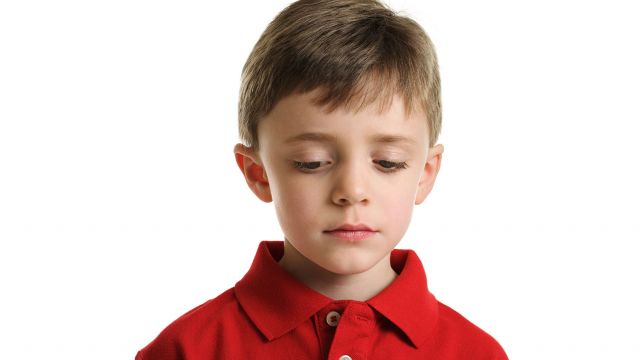 Every year in Quebec, more and more children are getting the hyperactive label. Is there really an increase in the number of children who are hyperactive or is this phenomenon explained by other factors? According to Stephanie Deslauriers, psychoeducator,: “We’re all a little surprised by the increase in diagnoses in general, but I think there are several factors at play here. People are more aware of the need for early testing; parents, teachers and medical professionals are better informed. One could hypothesize that there are more cases, but that fact has not been proven. The tool psychiatrists use to diagnose the disorder has evolved significantly over time as well, as the understanding of the disorder increases, the definition widens to include more people which means that we can now diagnose adults who have never received help for their difficulties.”

Is my child hyperactive?

A hyperactive child begins to show signs as early as 2 to 3 years of age, but as children are often little balls of energy at that age anyway, they often receive a diagnosis later, when they start school around the age of 7.

But if the fact that your child acting like a tornado destroying everything on his way and seems to always have energy to spare automatically imply that he is hyperactive? Not necessarily as explained by Stephanie Deslauriers: “Other problems can sometimes be confused with hyperactivity. Sometimes, a child who experiences severe anxiety will show outwards signs that will be wrongly associated with hyperactivity. This is why it’s important, if you think your child is hyperactive, to receive a proper diagnosis after extensive testing to determine what is troubling your child and how to best help him.” 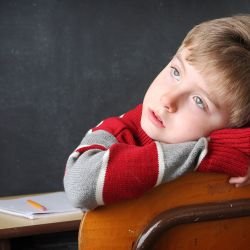 If your child has issues with being attentive, Stephanie Deslauriers suggests you give him some tips to manage his troubles. For example, you can divide the tasks you give him, remind him of the order in which he has to do things, ask him to repeat the instructions to make sure he understood. If what he is doing requires a lot of concentration, encourage him to take breaks to stretch or have a little snack before completing the task.

Symptoms of hyperactivity and impulsiveness:

A child who always feels the need to move and acts impulsively has a high level of energy he is struggling to manage and channel. As a parent, you can give him the tools to help him regain consciousness of his body and to help him focus and get back to the present. You can use a magic bag on his neck and legs for example, or have him sit on an exercise ball. Some kids love to use anti-stress balls, sensory play dough or even marking time with a timer. Stephanie Deslauriers tells us that visual reminders and schedules that clearly explain the sequence of events can be very reassuring for these children as well.

Ritalin, a drug typically used to treat children who suffer from ADHD, typically raises concerns with parents. Even some professionals like the Ministries of Education, recreation and sports, Health and Social services and Family and Seniors felt the need to address the issue by taking an official position because of the dramatic record increase of prescriptions for Ritalin in the past years (just from 1997 to 2003, the number of prescriptions for Ritalin has jumped 55, and has continued to grow since!).

The Ministries recommend avoiding over-prescribing Ritalin, taking into account that the use of this medication may be desirable in some cases. What does Stephanie Deslauriers think? According to her, “Medication can be useful when used in conjunction with psycho-social care. The medication will help the child to see more clearly, reduce his distress to that he can be mentally prepared to find ways to manage his difficulties long term.”

Many parents report that teachers seem to be pressuring them to get a prescription for Ritalin for their active kids. Even school psychologists feel the pressure to prescribe drugs without even having had the time to diagnose the child properly. Stephanie Deslauriers explains that this trend of overprescribing Ritalin actually reveals a sad reality that teachers have to face daily: “More and more children with disabilities are integrated in regular classrooms, but the teachers don’t receive any training or support to handle the extra workload. If the system doesn’t support them properly, they quickly feel overwhelmed and incompetent and will be more likely to recommend medicating the child due to a lack of resources and information.”

10 ways moms get distracted on the road

What is this “Baby on board” sign all about? Is it protecting us from bad drivers or is it the other way around? Because we enjoy laughing at ourselves, we wrote this list of common distractions that make us moms awful drivers.