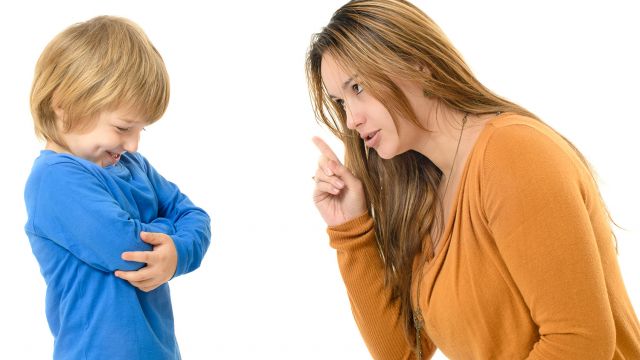 Do you ever repeat yourself without ever getting any cooperation, or even an answer? Repetition is such a widespread phenomenon that statisticians have decided to study this problem and came to the following conclusions: an adult repeats a request on average three to five times. The child knows exactly how many times his mother, father or teacher repeated… It’s as if your child was thinking, “Why would I listen the first time? She will come back four times. I might as well keep on playing in the meantime.” During this repetition, your child can keep on doing what he likes. It means that every time you repeat, you encourage your child not to listen to your first request.

After those threats, parents tell me that they feel helpless, they feel like they tried everything, repeated, threatened and the child still hasn’t moved an inch. Some will raise their voice, thinking that it will impress the child or scare him (if it works around 5 years old, it doesn’t at 15). Others will give up on the request to avoid further confrontations.

When your child assumes the consequences of his acts and of his choices, he learns to become responsible and to think before he acts. If you want to stop repeating, you must warn your child of the consequences that he will face if he chooses not to listen to you the first time. Tell your child: “I find it annoying to repeat all the time and I am not helping you to become responsible. Do you have an idea of what could make you pick it up without me repeating?” Louis, 5 years old, told his parents “If I put a picture of my toys on the bathroom door, I will remember to pick it up when it is bath time”. If your child as a reasonable suggestion, try it out, if not, tell him “From now on, when I ask you to pick up your toys, I will ask only once. If, when it is bath time, you haven’t done it yet, I will put them in a bag for a while (two weeks is a reasonable time) because you can’t take care of it like I ask. So it’s your choice. If you want all your toys, every day, you have to clean up every day. If there are toys on the floor during bath time, it means you will have chosen to do without. I would be sad to have to take them away.” When I talk like that to my child and it is heartfelt, I have a chance to touch his feelings and earn his cooperation. When I scream or threaten, he doesn’t feel like collaborating.

To teach the young child to listen to the first request, I ask once and if in the first seconds after I asked he did not get moving, I go get him by the hand and bring him to do what I asked, like get dressed, come to eat, pick toys up… The child then understands that when you ask something, it is serious because if he doesn’t do it right away, you will come and get him to do it. 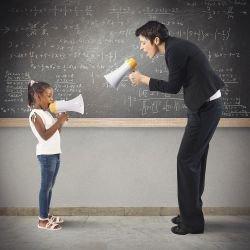 Your daily little repetitions have a huge impact on your children. Many parents come to my office at the request of the daycare or school because their child doesn’t listen to instructions.

Sophie, 6 years old, is often punished in school. Her parents have been told that she opposes and defies authority because she never does what she is asked. By talking to her parents, we realized that since she was really young, her parents have been repeating on average four or five times their instructions and this, for everything such as coming to eat, doing homework, brushing her teeth, picking up her coat… Sophie doesn’t acknowledge the first request. It looks like she lets it pass. At the fourth or fifth request, she listens because it is her last chance… with her parents. She doesn’t have the same opportunity with her teacher. The teacher doesn’t repeat four or five times. She asks once and that means that Sophie cannot follow the instructions or the group.

Since her parents warned her that they were going to ask only once and that she would have to assume the consequences of her actions if she did not comply the first time, Sophie started to pay more attention and to react after the first request. At home and in school.