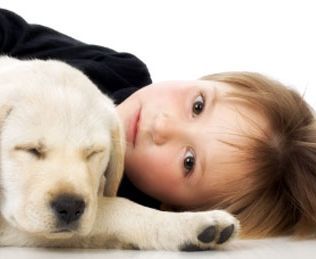 Mental disorders include a wide range of conditions, such as depression, anxiety, phobias, substance abuse, schizophrenia, and developmental disorders such as disruptive behaviour, autism, mental retardation and dementia. About 10% of the adult population worldwide will report having some type of mental or behavioural disorder at any point in time.1 In 2003, 7% of the Canadian adult population was diagnosed with a mental illness, representing nearly 1.9 million people, and 6%, or 1.6 million people, was suffering from a non-diagnosed mental illness.2

The economic impact is huge. In a 2002 report, Health Canada estimated the direct costs related to the use of public health services at $4.7 billion in 1998, and indirect costs related to the loss of productivity resulting from long- or short-term absences from work or premature deaths at $3.2 billion.2 These stupendous figures are not specific to Canada: of the 10 leading causes of disability worldwide, five are mental disorders: unipolar depression, alcohol use disorder, bipolar affective disorder, schizophrenia and obsessive compulsive disorder.3 Although many mental health problems were once thought of as “adult” disorders, they often begin in childhood and adolescence. In the last decade, diagnostic tools have been refined to identify mental disorders in very young children. Some disorders may manifest themselves differently in the early years, in keeping with the child’s age and brain development.4 Depression and anxiety can be detected in childhood, and symptoms of these conditions tend to increase in frequency over the first five years of life.5 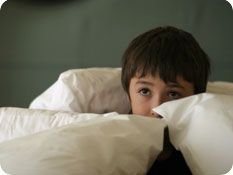 Disruptive behaviour problems are another example of mental disorders in children. Depending on the child’s age, these can include aggression, opposition and defiance, rule breaking, stealing and vandalism. “With age, children learn socially acceptable behaviours from interactions with their environment. A ‘disease’ status is observed when a child uses disruptive behaviours significantly more often than his age group over a long period of time,” explains Richard E. Tremblay, Director of the Centre of Excellence for Early Childhood Development.6

There is wide consensus that complex disorders such as mental illnesses are based on the interaction of numerous genes and environmental factors.6 On the one hand, genes affect complex behaviour through their influence on the development and function of the essential building blocks of the nervous system. Attention Deficit Hyperactivity Disorder (ADHD), for example, appears to be one of the most common heritable mental health disorders of childhood.7 One recent study found that inhibitory control deficit is a cognitive marker of genetic risk shared by parents and offspring, and that parents’ inhibitory control ability significantly predicted the ability of their children.7

On the other hand, it has been well established that parent-child interactions in early life form the foundation for the child’s social and emotional development. Compelling evidence suggests that childhood trauma – abuse, neglect or loss of a parent – is a major risk factor for the development of mood and anxiety disorders.8 Conversely, supportive, attentive and sensitive adult care plays a salient role in protecting children from potentially harmful effects of stressors.9

The prenatal period is just as important, with maternal behaviour affecting the developing foetus. Maternal prenatal smoking has been associated with increased risk for ADHD, oppositional behaviour, conduct disorder and substance abuse outcomes in youth.10 Fetal Alcohol Spectrum Disorder, a permanent birth defect caused by maternal consumption of alcohol during pregnancy, is the leading cause of mental retardation in the Western world. Prenatal exposure to alcohol has also been associated with developmental delays and behavioural problems.11 Psychosocial stress during pregnancy has been linked to increased risk for ADHD, schizophrenia and social abnormalities.12