Did you buy eggs yet or did you make some? Did you find good hiding places? Got bunny ears? The children are asleep? Ready? Let’s go! 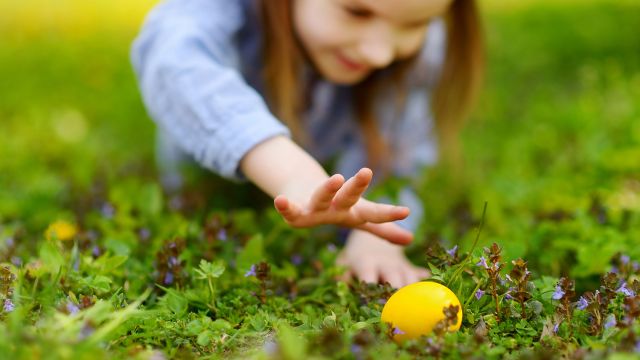 Whether you have a house or an apartment, one child, two, three or four, organizing an egg hunt is a lot of fun! Here are a few ideas and two methods so you do not forget anything.

Since your child will probably eat unreasonable amounts of chocolate, buy fruits, lots of them, for breakfast. If you planned a brunch, add fruits to your plates of French toasts or to your pancakes, make a side fruit salad to accompany your bacon and eggs… Your children and their liver will thank you later!

If you have many children and a backyard, this method is probably the best.

When all the eggs have been found, split them equally between children who are waiting impatiently for their treasure. And it’s a good thing if there are some leftovers, to be fair you will have to eat them. 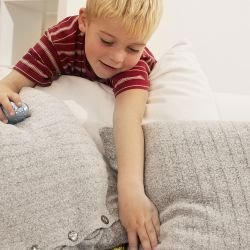 If you have one child and less space, it would be smarter to organize a real treasure hunt.

A bit like Santa Claus and following a tradition that comes from Germany, you can dress up like an Easter Bunny to hide your eggs.

German Protestants wanted to retain the Catholic custom of eating colored eggs for Easter, but did not want to introduce their children to the Catholic rite of fasting. Eggs were forbidden to Catholics during the fast of Lent, which was the reason for the abundance of eggs at Easter time.

The idea of an egg-laying bunny came to the U.S. in the 18th century. German immigrants in the Pennsylvania Dutch area told their children about the "Osterhas", sometimes spelled "Oschter Haws". "Hase" means "hare", not rabbit, and in Northwest European folklore the "Easter Bunny" indeed is a hare, not a rabbit.

According to the legend, only good children received gifts of colored eggs in the nests that they made in their caps and bonnets before Easter. In 1835, Jakob Grimm wrote of long-standing similar myths in Germany itself. Grimm suggested that these derived from legends of the reconstructed continental Germanic goddess Ostara.

Here are a few creations by chocolate artists. It is a pleasure to the eye and we would love to take just one bite! Take a look around, maybe there is such an artist in your neighbourhood!

Easter around the world

People celebrate Easter all around the world. But are our traditions universal? Here is an overview of how Easter is celebrated throughout the world!