Easter around the world

People celebrate Easter all around the world. But are our traditions universal? Here is an overview of how Easter is celebrated throughout the world! 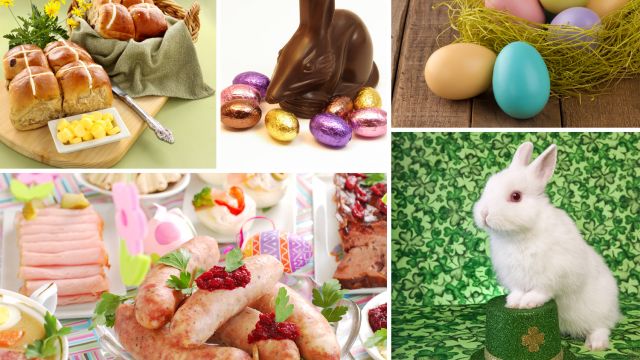 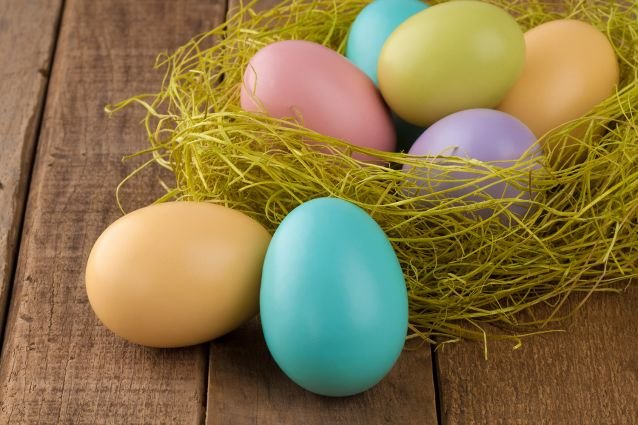 In Canada, the Easter traditions we observe are a result of a marriage between pious and pagan influences. Religious people celebrate the Christian holiday of Easter on the first Sunday following the full moon of the spring equinox in honor of the resurrection of Jesus Christ, while the non-religious people are celebrating the arrival of spring, a tradition that is old as time! Even Native Americans used to celebrate the arrival of trees by making the trees « cry » to collect the sugars.

Nowadays, we love to celebrate Easter by gathering with the ones we love for a feast that typically includes the traditional beans, maple syrup, and ham. After the feast, we participate in a chocolate egg hunt, courtesy of the Easter bunny, and we decorate some eggs together. 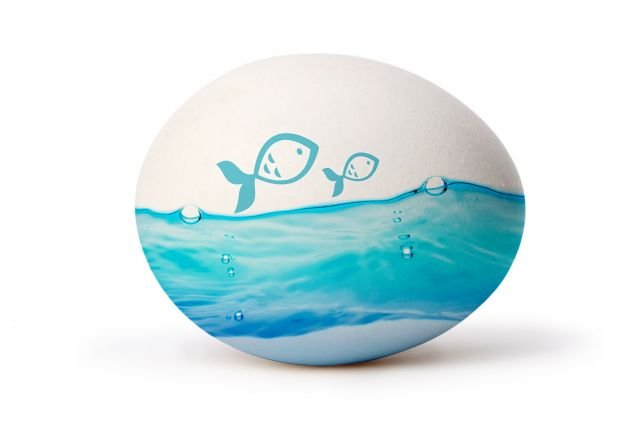 The French have included the eggs in their Easter traditions, but the similarities stop there. The Easter bunny doesn’t exist in France; in its place, fish and bells are the recognized symbols. On the feast tables, you can find a leg of lamb or a lamb stew as the main event to replace our traditional ham. 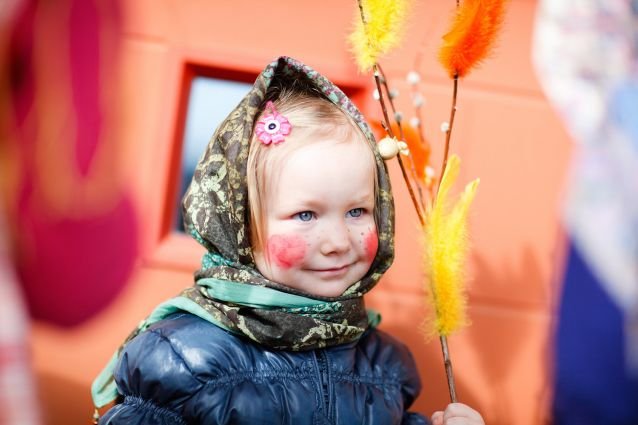 In Finland, Easter celebrations take the appearance of Halloween. You’ll find the children roaming the streets dressed as witches and superheroes searching for treats! 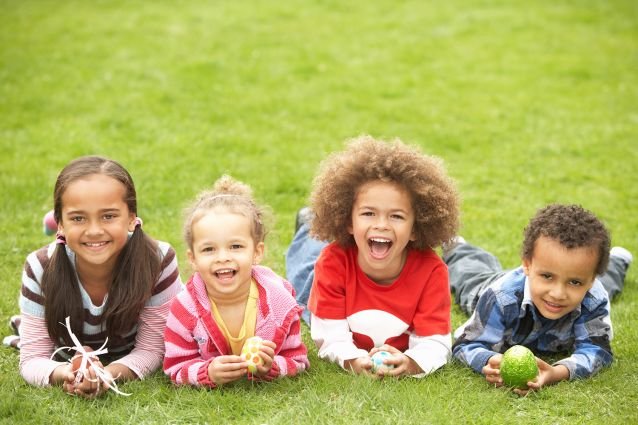 It’s in Brazil, in Rio de Janeiro, that you can attend one of the most famous Easter festivals. As a family, they organize chocolate egg hunts and play a traditional game called the « mystery friend » that involves participants exchanging presents and chocolates anonymously while playing a question game to guess who they got the present from. 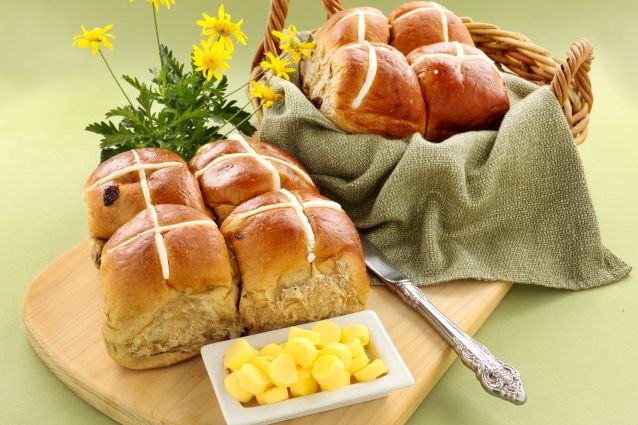 In England, on top of the traditional eggs, you can find many delicacies on the buffet table including hot cross buns that are made with raisins and a rich layered fruitcake topped with 11 balls representing the apostles. The villages, with the help of the Easter bunny, organize several chocolate egg hunts. The residents also participate in an egg race, which requires them to roll a hardboiled egg down a grassy hill. The egg that rolled the farthest determines the winner. 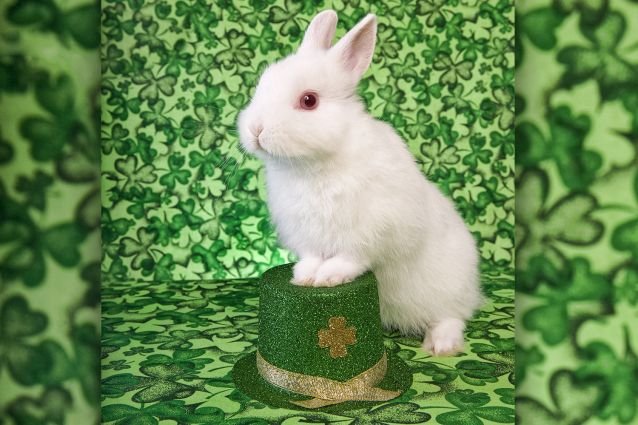 In Ireland, they combine the traditional Christian traditions found around the world with Celtic traditions that include a dawn dance, a dance to win cakes and to celebrate the end of Lent, a festive herring funeral between family and friends. 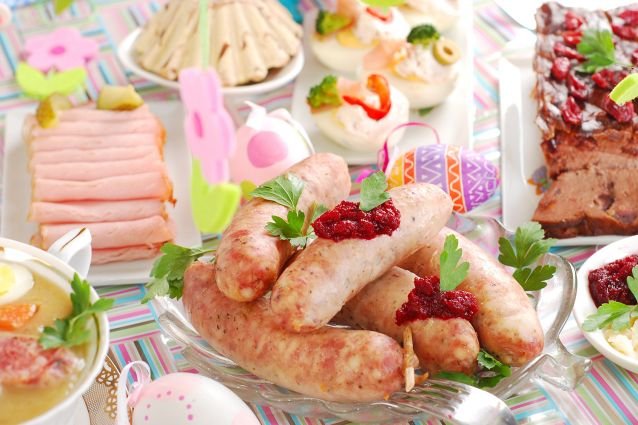 Sunday morning, families gather around a sumptuous breakfast that includes eggs, meats, sausages and ham on top of many different types of cakes and the traditional sugar lamb, which is meant to commemorate the resurrection of Jesus Christ. During the day, they are not allowed to use smoke to cook so no hot meals are served. The following Monday, it is custom to douse women in water to represent their purity and fertility. 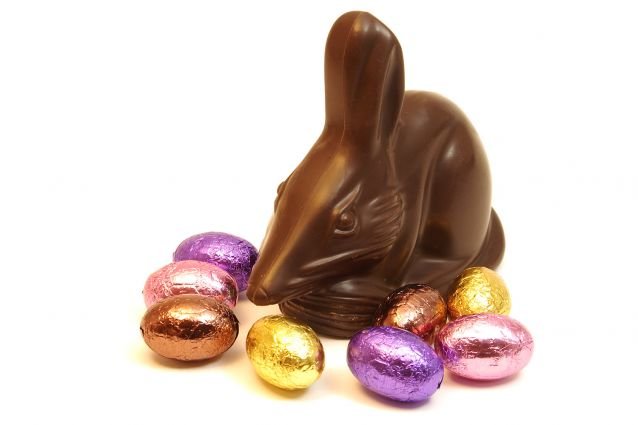 Australians also love to feast on hot cross buns and chocolate eggs, but the Easter bunny does not bring these! Rabbits being the main source of problems for farmers, the anti-rabbit foundation successfully launched a campaign in 1991 to replace the Easter bunny with the bilby, a local rodent that has a long nose and long ears like the rabbit. 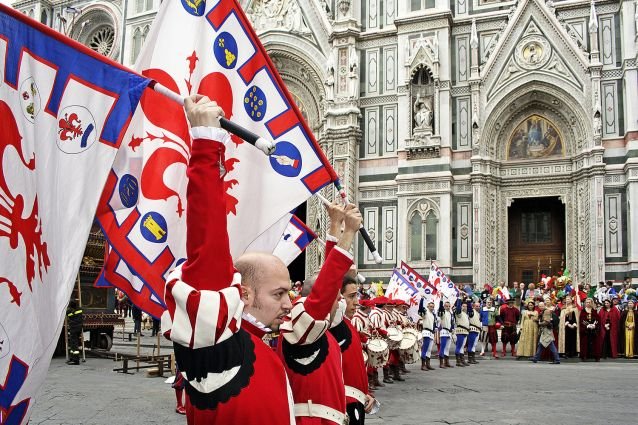 On Easter Sunday, families in Italy prepare a breakfast of salami, eggs, cheesecake and traditional candied fruits and almonds cake. For dinner, the main dish is usually Agnellino, a roast baby lamb, accompanied by many savory and sweet bread. In Rome, the whole week preceding Easter is filled with religious festivities including a ceremony where the Pope washes the feet of a dozen men to symbolize the generosity of Christ to his apostles. 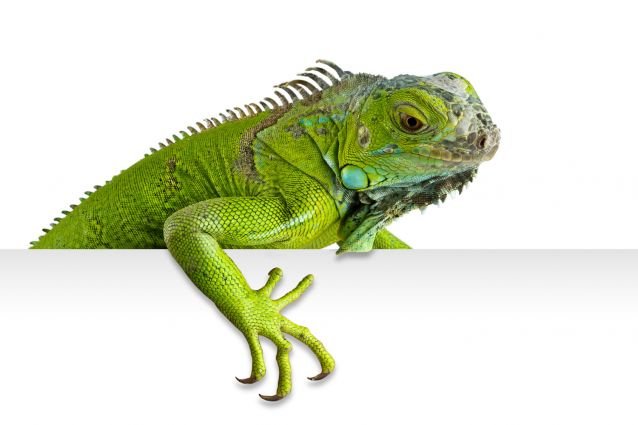 In Colombia, the Easter menu is radically different from anything in the world! Indeed, to celebrate Easter, Columbians feast on iguanas, turtles and one of the largest rodents in the world!

Christmas around the world

Christians around the globe celebrate Christmas in their own way. Here is a sample of what Santa Claus might see on Christmas Eve.

Did you buy eggs yet or did you make some? Did you find good hiding places? Got bunny ears? The children are asleep? Ready? Let’s go!