You initiated him to a whole variety of foods when he was a toddler and now he won’t even eat everything he loved last week. Why does he change so much? 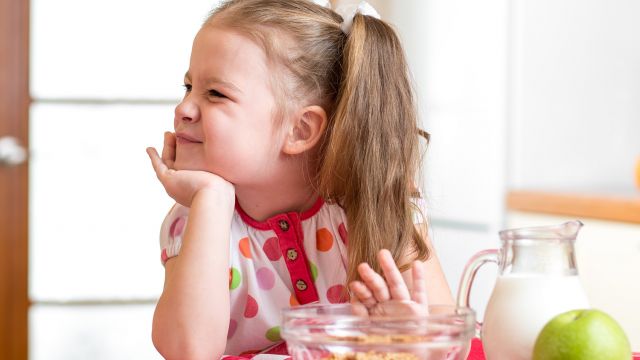 At the time of purées, your baby was eating squash, carrots, turnips, later he was craving mushrooms and chicken. Now that he is three years old, he won’t touch his favourite dish throws the mushrooms out of his plate, sulks when you offer him carrots and wants pasta every day! What a headache!

It is all because your child is going through a transformation phase between 2 and 5 years old and it is not over, there will be more to come! What we were taking for granted isn’t true anymore and the parents must be the ones who adjust to the new situation, even if it means changing the whole family’s routine. The meals are part of those changes because it is an excellent way for children to express themselves, to learn and to discover.

His actions are now driven by the will of being treated like a big person. He wants to touch things, do the things you used to do for him and show that he can decide. The « terrible two » crisis, more or less intense, the presence of a big sister or a big brother that has more privileges because of his or her age, the need for attention and the example of other children in daycare feed his need for affirmation. Because we eat three times a day, the meals are a great occasion for them to assert what they want.

The tolerance for whims varies from one parent to another. Each parent must assess what’s acceptable and what’s not but it is sometimes necessary to compromise because the ultimate goal is to give children all the nutrients they need to grow strong and be healthy. 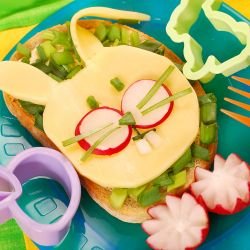 Food presentation. He will only eat his toasts if they are cut into triangles. He wants cheese cubes, not strips. He wants a happy face in his plate. If we don’t always have time to comply with this kind of innocent requests… they are not any less innocent. You can always say that you have enough time today but maybe not tomorrow.

Autonomy. He wants to pour his glass of milk, cut his celery branch himself, wash his apple before he eats it, etc. It is normal and sane that children want to act like adults when they grow up. Obviously we must keep an eye on them, expect to clean up a bit and congratulate them on their progress!

Changes. He loved carrots and now he doesn’t even want to hear about them. He wants peanut butter and nothing else on his toasts. He rejects new foods while he accepted them before. Tastes evolve, even in adults, so it is normal that a meal that was a great success one day will be rejected the other.  Because the most important thing is that the child has a balanced diet and all the vitamins and minerals he needs, allow him to choose between two vegetables, to choose to eat it for dinner or for supper, etc. Just the fact of discussing the meals with him will fulfill his need to assert himself.

Quantity. If you think your child is not eating enough during meals, offer him more nutritious snacks between meals. Fruits and vegetables, dairy products and quality cereals offered as snacks will compensate for the nutrients lost in the meals. It is better to let him eat many snacks during the day than to deprive him on the grounds that it will ruin his appetite. Remember that he has a very little stomach and that he reaches satiety faster than an adult.  Besides, a preschool child spends a lot of energy and his snacks may be necessary to wait until his next meal.

Concentration. Maybe you are a little worried when you see you child playing instead of eating. Children loose interest very quickly, whether it is during a meal or a game. Be patient! The capacity to focus on one thing at a time develops slowly between two and five years old but is still limited, even then.

Something new in their plates!

That’s it! Baby tasted almost everything like a champion. Now, we can try some new tastes and offer meals that will combine many more flavours and more ingredients.

When you introduce your baby to solid foods, he will discover a new world of tastes and textures. And the good news is: when your baby is growing up, it is possible to combine food discovery and healthy eating.

The order of solid foods

Your customs and culture will certainly influence the order in which you will introduce solid foods to your baby. In Quebec, we start with cereal, followed with vegetables and then fruits.