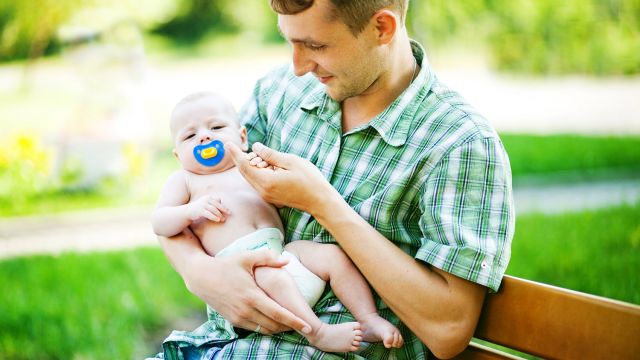 Paternity can give our spouse a feeling of insecurity about his capacity to be a good father just as big as the one we have because we want to be good mothers. He wants to offer the best to his child without necessarily knowing what it is. Through this experience, he will try to determine what he can offer and how to do things. Often, he will hide in what he knows best: work, because providing for his family is natural and rewarding for him, especially when he feels out of place.

Our partner also needs to feel valued and appreciated for being the father he is! Unfortunately, when the recognition of others and ours does not exist, it can bring our man to withdraw. He will become less and less involved thinking that he is useless. It is not to provoke nor by lack of interest but rather as protection, to avoid blame and criticism.

And yet, the mother we are will tend to blame him for his lack of involvement and we will worry. We try to understand but it is hard not to judge this behavior that seems impossible to understand! And we will wonder, “What’s going on? Does he love our child or not?” Rest assured, it is not a lack of love but an accumulation of fears: fear to be wrong, to be criticized, judged, devalued and, worst of all, humiliated!

The helplessness felt by the father must be addressed. What could be worse for a man than feeling useless or out of place? Yet, many situations can trigger this state: giving birth, our motherly emotions, cries and taking care of the baby. We must stop believing that fathers adapt to their role easily.

When the father gets involved, he must feel the support and approval of his partner. He needs her in order to become a father just like she needs him to become a mother. It is together that we become parents and the caring look of the other is of great importance.

It is true that several men believe that their partner knows how to take care of a baby, that she will understand him and will have the answer to everything. This belief puts a lot of pressure on the mother who often feels overwhelmed in reality. For her part, the mother often thinks that her husband is nicely getting used to his new role and saw no disruption. But if no one talks about their beliefs and their feelings, each person misunderstands the other. This misunderstanding generates conflicts and hurtful dialogues while the true expression of our experience would enable closeness and complicity. 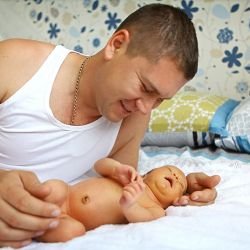 In the way that everyone plays their part, it is often about taking our place or leaving room for others. Taking his place means that the man must assert himself in his way of taking care of the baby and acting accordingly. About the notion of the mother leaving room for the father, it means that she must not intervene when he is taking care of the baby. Obviously, the man must show his desire to be involved and the mother must accept his way of doing things for it to work out.

But things are not always that simple. Obviously, we cannot blame the lack of involvement of a father solely on the fact that the mother criticizes his actions. Let’s keep in mind that becoming parents is an important change and everyone will be affected emotionally. Fears, doubts, education, past and lacks will show and often, we do not even notice it! However, their effects are real, otherwise, how could we explain the lack of involvement of the father or the “controlling” nature of the mother? In both examples, there are deep motives that are responsible for those behaviors. So before you blame the other, everyone should wonder what makes him act this way. Awareness is the first step in the right direction.

Because we cannot change our partner, we would benefit from acknowledging our expectations and accept that we see things differently. Respecting and valuing our differences bring us closer together!

Since the birth of her first daughter, Isabelle Dagenais has chosen to use her knowledge as a sex therapist and social worker and put it to use to help mothers. She has created Lecture/Workshops “Être maman” to help mothers with their emotional, social and sexual well-being. For more information on her lectures and workshops, visit her website.

Passion for reading: from father to son