Unknown father, absent father, anonymous father: what are the emotional and legal consequences when the father does not appear on the birth certificate?

It is not illegal to deny the paternity of the man with whom you conceived a child unless you are married or in a civil union.

Before going any further, let’s define that the identity of any newborn in Quebec is founded on the following basis: we must first establish the type of filiation that relates the child to his or her parents, it could be by blood, by assisted reproduction or adoption.

When the child is born, the obstetrician fills boxes on a form and mentions the place, date and time of birth of a child and their gender, as well as the name and address of the mother. This information is the one that will be found on the birth certificate and will establish the child's legal identity.

The mother can also avoid writing the name of the biological father if they are not married, if the relationship is over and if he wasn’t present during childbirth.

The mother does not have to justify her decision, says Mrs. Marina Crivello, lawyer and associate of the firm Yves Menard who agreed to dissect this complex subject that is the acknowledgement (or non-acknowledgement) of paternity. The use of this right is also quite common, she says.

A father who is not acknowledged – and not declared – has no financial obligation towards the child that he conceived. “Even if the mother is receiving employment insurance benefits, she cannot claim maintenance”, says Mrs. Crivello.

However, if the father left his new family and thus abandoned his responsibilities but if his name figures on the birth certificate, the mother can claim maintenance if she faces financial difficulties, for example, if she receives employment insurance benefits.

The father disappeared and is not to be found? Your lawyer may suggest hiring a private detective to find him, says Mrs. Crivello.

However, the mother cannot claim retroactive maintenance if the undeclared father resurfaces later on. 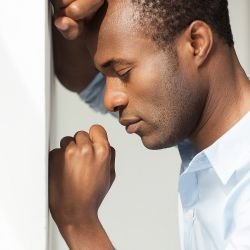 Showing remorse and coming back

The man who would like to establish his rights and his title and accept his role of father after being declared “absent” or “unknown” will have a long and expensive path to follow to succeed because he will first have to submit to a DNA test (about $400) to prove his filiation to the child. Once the biological bond is established, he must place a request to exercise his “rights of access” to his child or children in Court.

This right is usually granted to men whose DNA proves the bloodline, says the lawyer. However, because the child doesn’t know this father of his, the mother could request supervised visits.

Mrs. Crivello gives this example: a mother gives birth in the presence of the new man in her life while the man who conceived the baby is absent. The name of her new partner figures on the act of birth, where the father’s name must be written. The child calls him dad.

Sometime later, the biological father places a request to contest the paternity of this “substitute father” and take back his rights as a father. The lawyer rejects his request, invoking the spirit of the Law that places stability before blood when one must decide with which father the child will live. Also, the name of the new partner figures on the birth certificate: his paternity is legal.

In fact, paternity confirmed by the Act of birth is not necessarily permanent, says Mrs. Crivello. A mother can file a request for Termination of parental rights. The lawyer gives this example: “The mother declares the biological father on the Act of birth and, three months before birth, he is incarcerated. If he is freed, say five years later and he wants to see his child, the mother can file this request for Termination, arguing that the father abandoned his child.”

A Termination of parental rights remains a drastic and exceptional measure, said the lawyer. The interest of the child, of course, but also aggravating motives, must justify it. Those motives are negligence, abandonment, failure to perform his educational duty, failure to provide for his child and lack of interest in the child.

The mother can also use it if the father disappears, even if his name figures on the act of birth.

10 tips to bring a father and his child closer together

Fathers want to develop bonds with their child and find their place in this new family life. There’s no need to wait until birth, these bonds can be developed even during pregnancy!

I haven’t been a father for long. For some, I’m not even a father. Maybe that’s because I didn’t become one in a scream. In fact, I was adopted four years ago.