How to: Dealing with a confrontational child

Your child doesn’t listen to you? Do they disobey you? Do they get hostile or aggressive when you ask them to do something? Why and how should you react? Here is some advice. 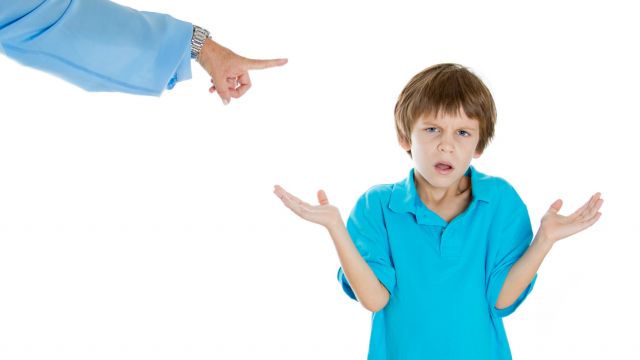 “To a parent, a child who doesn’t listen is almost always a child who doesn’t obey, as if obedience was a direct result of listening”, notes Jean-Luc Aubert, author of Cet enfant qui n’écoute jamais (Albin Michel). But is this really the explanation for children’s confrontational behavior? Not always. A child may disobey as a challenge, in rebellion against authority or simply because the style of discipline imposed by his or her parents doesn’t suit him or her.

A child who confronts us constantly and disobeys us plunges us as parents in a major upheaval. We ask ourselves different questions: “Am I doing things right?”, “What am I doing wrong?”, “Am I right to impose this discipline?”, “Where did I go wrong?”, etc. We start to question our actions but don’t take the time to find solutions. It’s often easier to get caught in a vicious cycle: the child refuses authority, confronts us, we become stricter, he becomes even more confronting, etc. It’s a never-ending spiral.

He doesn’t listen to me!

In fact, it’s wrong to believe that a child never listens. If you try the exercise, you’ll probably be able to differentiate what he listens to from what he doesn’t listen to. The “non-listening” is often related to what he considers to be a “boring” task, something he doesn’t understand the impact of. In front of a fun activity, you won’t get as much resistance from him.

There are also differences according to the child’s age. “Some age brackets are more sensitive than others. The period from ages 1 to 7 is apparently a lot harder for parents. On their part, the 7-10 year olds would be the best behaved. And then, from 11-12 years old, other disobedience problems will arise.”

You have to be able to evaluate your child’s temperament, and your’s! You often have to adapt your style of discipline even if it works well with another child. An authoritarian style can be very well suited for cooperative children, but won’t be efficient with a confrontational child. This requires a very big involvement (and a lot of patience and energy!) on your part.

Between fun and frustration… 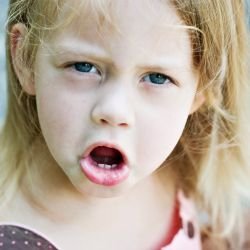 Children often have trouble obeying because they don’t understand the concept of differed pleasure. For them, stopping to play to do a boring task (taking a bath, doing their homework, etc.) is frustrating. Children mostly live in the “here and now” and have difficulty anticipating their possible future rewards. “This attitude is not innate, it’s learned and must be experienced in order to be interiorized. It’s acquired bit by bit: if everything goes well, this attitude will mostly be acquired by age 6 or 7”, notes the author of Cet enfant qui n’écoute jamais.

To help your child experience anticipation in a positive way, you have to teach them that knowing what will happen “later” can be fun. When you drop them off at kindergarten and tell them “Tonight, it’s daddy who’s going to pick you up”, you’re making them experience a situation where they can anticipate something positive. This is called delayed gratification. It will help your child realize that sometimes, it's better to wait for a reward than to expect gratification right away. However, they must also be able to experience some immediate pleasures. As a parent, you have to learn to pick your battles. “Just like the adult, the child will not accept some frustrations unless you also give him or her some satisfaction.” You have to say “Yes” from time to time for your “Nos” to be efficient and understood.”

He listens to his dad (or teacher), but not to me!
That’s a very frustrating situation! According to Aubert, the explanation lies in the fact that the child considers it more difficult to accept a constraint coming from someone who, for a long time, has given him a lot of instant gratification... which is the case of a mother, more than a father. Since her child was born, and even during the 9 months of pregnancy, "the mother has accustomed her baby to instant gratification."
To know more