Need a mobile phone? Really? It may be useful but mom and dad must keep an eye on this communication tool on which your teen’s happiness seems to rely. 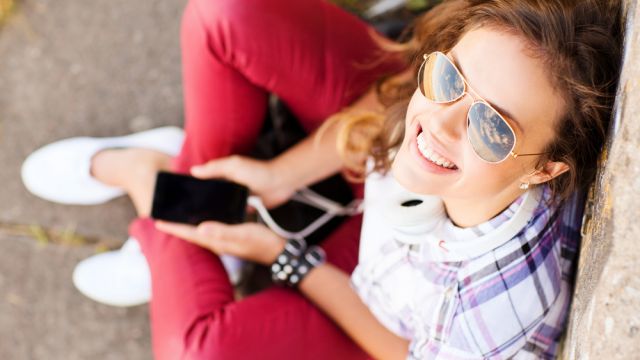 Luckily, children under 11 years old have been kept away from this mobile frenzy so far. In Quebec, there is no minimum age requirement to own a mobile phone and the province never legislated on the subject, says Myriam Gagnon, consultant for the Youth section of Option consommateurs. “On the other hand, technically, it is illegal for the providers to sign a contract with customers who are under 18 years old; the contract is under the parent’s name, he is the one vouching for his child. Regarding the ideal age to own a phone, it is for the parents to decide”, she says.

Once you bought the mobile phone for sonny or missy, you should keep a close watch on its usage for children under 11 years old, says Jeff Gagnon, education specialist at Media Awareness Network. “Because you should never forget that most devices have access to Internet which means it can represent a threat for the youngest children”, he adds.

In Canada, the average age to own a first phone among teenagers was 14 years old in 2009 and two teenagers out of three were proud of their own phone. Mrs Chagnon says that the increase over the last ten years is substantial, without being able to cite figures to support this conclusion. “The technology is in evolution and there are more and more offers on the market”, she adds.

A cell phone? Why?

But what is this magnet that attracts the young ones in those boutiques that sell mobile phones? They generally answer that, for them, it is NECESSARY… that doesn’t mean it is actually useful, according to Mrs Chagnon. “For them, it is a necessary social tool. It is an essential means of communication; text messages are also very popular at home” she says. 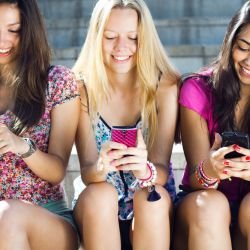 Jeff Gagnon agrees, noting that the abundance of applications – such as games – has a powerful power of attraction on teenagers, as much as the possibility of being constantly wired to their social media.

Teens also argue that their device makes them feel more secure because it allows them to contact their parents and friends at any time.

Security is also the key argument of the parents who finally give in to the supplication of their kids begging for a cell phone; it allows them to reach him at all times and that is reassuring of course…

« The cell phone can become the main computer for people who don’t own one at home” adds Mr. Gagnon. “It can be useful for researches and homework, for example…

Are they addicted to their little technological miracle? Perhaps, yes, but it is referred to as excessive use rather than dependence according to the Media Awareness Network. If this nice techno toy disrupts your teen’s nights and his social life, if he spends all his evenings online and if his overall academic performance is affected by such use, parents should consider toughening up, insists Mr. Gagnon.

When a teenager owns a cell phone, the consequences usually concern money. “There often are cost overruns; the teen will want the latest model and it is linked to a three-year contract, for example or he doesn’t respect the limits of his phone plan”, says Myriam Chagnon.

Smartphones, granting access to a lot of applications and games can also trick parents, continues Jeff Gagnon. Indeed, on top of the monthly fee, some games require a small payment at different stages of the game and it generally adds up on the parent’s credit card.