Is it possible to get your period while pregnant?

Usually, we rely on our period to determine whether we are pregnant or not. But is it possible to be pregnant and still get your period? Keep reading to find out! 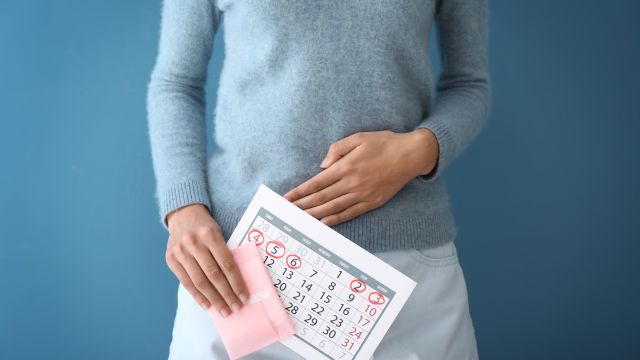 Did you know that some pregnant women still get their periods every month? Sometimes, it takes a while for these women to realize they are pregnant because seeing that they get their period makes them think there is no way! Others who have passed a pregnancy test are completely terrified that their period is, in fact, a miscarriage. However, many well-documented reasons explain the presence of your period during pregnancy. It is just a common misconception to associate menstruation with not being pregnant. Here are a few reasons you may get your period while pregnant, and what you should do in that case.

The first thing that can explain your period arriving while you are pregnant is what we call “intermittent bleeding”. Basically, this bleeding occurs regularly, during the same time your normal period was supposed to arrive if you weren’t pregnant. This bleeding could be abundant or very light, but in general, it is different from your regular periods.

So, if you were hoping to be done with your period for the next 9 months, now you know you might experience intermittent bleeding at the beginning of your pregnancy! But, it is nothing you should worry about, it won’t last long.

It is still best to communicate with your doctor every time you notice vaginal bleeding during your pregnancy. They will pass a few tests that could include abdominal palpation, cervical exam, pelvic ultrasound or a pregnancy test. The results will confirm if your bleeding is, in fact, harmless intermittent bleeding or if there is something going wrong. If you’re too impatient to wait for your doctor’s appointment, you can take a pregnancy test at home. However, if your pregnancy has already been confirmed, this test will not exempt you from meeting your doctor.

If the bleeding is really abundant, which is a possibility, you could ask your gynecologist if there are any dietary changes you can make to compensate for the loss of blood. 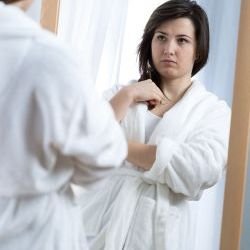 The denial of pregnancy

Another reason that can explain getting your period during pregnancy is the denial of pregnancy. This is an unusual phenomenon in which women consciously or unconsciously refuse to believe they are pregnant. Their psychological refusal is so strong that their physical body is also denying any form of pregnancy. There is no nausea, the belly doesn’t grow as much, and the period continues as though the cycle never stopped. In these cases, sometimes the only thing that confirms the pregnancy is the birth of the child!

For the most part, it’s shocking to imagine being completely unaware of such an advanced pregnancy, but it’s a very real phenomenon!

The opposite is also true

Many women that want a baby but are struggling to become pregnant often research things like: “I got my period, but can I still be pregnant?”. It’s important to note that bleeding during pregnancy is a rare exception and in general, getting your period means you are not pregnant. So, you shouldn’t rely too much hope on these pregnancy bleedings.

When in doubt, take a pregnancy test from the pharmacy. A negative result will confirm that your vaginal bleeding was, in fact, your period and not intermittent bleeding. On the other hand, a positive result should send you straight to the phone booking your first doctor’s appointment for you and baby!