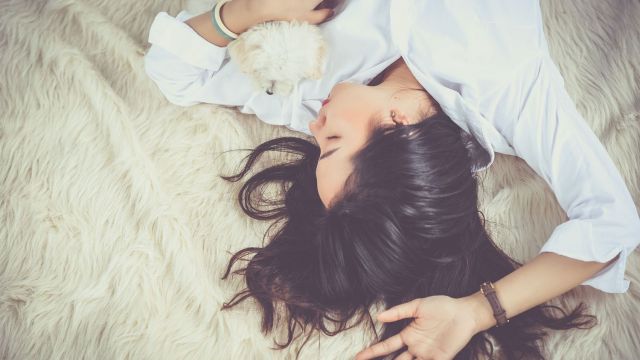 The first obvious sign of pregnancy is your period being late. You may not always be regular with your periods and they can sometimes be delayed due to hormonal changes or strong emotions, however when your period is really late, it’s time to buy a pregnancy test.

Do you remember your teenage years and going through puberty? Have you experienced sensitive breasts that feel tight and seemingly want to grow? Have you ever feared putting on a bra because it would be too painful and you wanted to avoid touching your sore breasts at all costs? At the beginning of pregnancy, your breasts react similarly! Many women who have already been pregnant recognize sore breasts as a sign that they are pregnant once again.

Is this gastro or food poisoning? What did I eat that is making me feel so nauseous? If, after a few days, your nausea hasn’t subsided, and seems to be getting worse as time passes, there is a high chance that a pregnancy is disrupting your digestive system!

The sole idea of eating a steak or a slice of ham is enough to make you gag, or, quite the opposite: you are suddenly craving a specific food. A significant change is your tastes and cravings is often a sign of pregnancy.

Tugging in the lower abdomen

If you feel your stomach tightening, pulling, stretching, inflating, or if you feel as though you just worked out for 12 hours straight and have a newfound set of abs, this could be a sign that your uterus is preparing itself for pregnancy.

Progesterone and estrogen can cause nosebleeds by dilating blood vessels and by putting pressure on the very small canals that irrigate your nose. In general, nosebleeds happen frequently during the second trimester, but some women can experience nose bleeds as part of their first symptoms of pregnancy.

If you have been noticing certain culinary details that you have never had the expertise to notice before, if you can smell the garbage truck that just turned the corner of your street a few meters away or if you have started recognizing people because of their smell, it’s probably the estrogen that comes hand in hand with pregnancy that has given you this heightened sense and is making you feel like you have a superpower!

Finishing off your plate, stealing the last bites of your partner's meal and then excitedly waiting for dessert when you usually eat like a bird can also be a sign of pregnancy. For some pregnant women, just the sight of food can make them feel sick, while others can gain the appetite of an ogre.

Do you have the impression that nothing is going your way, everything is falling apart and that the whole world is doing their best to do the complete opposite of what you had wished? You might just be hungry or tired. But this grand impatience may also mean you are pregnant.

Progesterone can lower your blood pressure and cause dizziness during the early stages of pregnancy. This is another symptom that should put you on the alert!

If your need to pee has become more frequent and you have noticed that you can’t hold it in for as long as you used to, this can also be a sign that pregnancy hormones are present in your system.

Out of the ordinary vaginal discharge

If your vaginal discharges have suddenly become more abundant, are odorless, are happening regularly (not during your ovulation period) and there is nothing that explains this change, it can possibly be another symptom of pregnancy.

Darker and slightly domed nipples, adding to the sensitivity of your breasts, are also a symptom of pregnancy. It is also possible that the nipples get bigger and that little bumps start forming around the nipple. These are called Montgomery glands and they will eventually lubricate the areolas and protect them from drying out or cracking while breastfeeding.

Lastly, if you have been suffering from an unusual fatigue, this can be caused by the pregnancy hormones which have a great influence on your energy levels. This is especially obvious during the first trimester.

10 ways to announce your pregnancy

You took a pregnancy test (maybe even two!) and it is confirmed, you are pregnant! Congratulations! Now, how will you announce your pregnancy to daddy and the others?

Contractions! Women would love to know what contractions feel like to better prepare themselves and know what to expect. Motherforlife.com will help you solve this mystery.