Most popular baby names of 2011 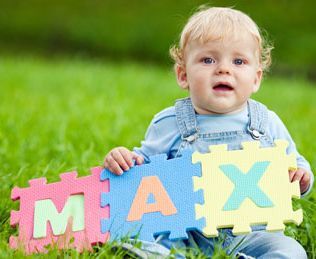 According to the Régie des Rentes du Québec, Léa and William were the most popular names given to the babies of Quebec born in 2011, as out of 88,500 babies, 935 were named William and 439 were named Léa.

The popularity of William and Léa is not new since, for at least eight years, these two names made it to the top of the list, except for William who came second in 2008, overrun by the name Thomas.  In total, since 2006, 5,737 William and 2,846 Léa were born in Quebec. You can imagine how many of them will be together in class in the next few years!

On the Régie’s website, you can see all names given to children born in Quebec over the last 6 years, in order of popularity. If you are looking for a name for you baby, do not hesitate to consult our list of names and our articles to help you find inspiration!

Every year, millions of babies are born, with millions of names coming to life. As Sophia keeps the #1 spot for the 8th year, other baby girl names have climbed up the list. Here is the top 10 of 2017 in North America.

Most popular baby names of 2012

You’re looking for the perfect name for your unborn child? Find inspiration with the list of most popular baby names in Quebec for 2012 compiled by the Régie des rentes du Québec.