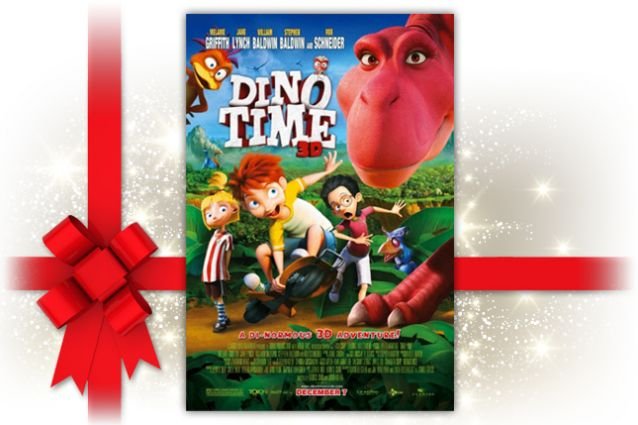 Summary: "Dino Time" is the story of a daredevil kid named Ernie, his little sister Julia, and his best friend Max, who, while horsing around in Max's inventor father's workshop, accidentally trip a time-machine into operation and find themselves transported back in time 65 million years, where they're adopted by doting dinosaur mom Tyra (Melanie Griffith) and a rambunctious dinosaur "brother" named Dodger (Rob Schneider). The three kids explore the excitement of the prehistoric world - trying to steer clear of Tyra's evil dinosaur rivals (William Baldwin and Stephen Baldwin) - while, back in the present day, Max's dad and Ernie and Julia's overprotective mom (Jane Lynch) plot their rescue. Available in 3D.

Looking good for the Holidays!

The festivities are just around the corner and we’re thinking about what to wear for the Christmas parties.

Outdoor activities during the Holidays

During the holidays, we often have a bit of free time between all the Christmas parties. Here are a few activities for the family to relax and have some fun!