Understanding the Power of Attitudes

Dr. Karyn Gordon is no stranger to rejection and self-doubt. Before she became one of Canada’s leading authorities on understanding youth, interviewing hundreds of stars on TV for MuchMusic and acting as resident therapist for Life Network’s The Mom Show, she was turned down no less than 500 times.

Gordon engaged a large audience of mostly teenage girls at the 2007 Women’s Health Matters Forum & Expo in Toronto with her presentation on self-esteem.

She revealed that the number one response famous musicians give to the question “What is the biggest obstacle you experienced as a teen? is No confidence.” Gordon presented a video that showed some excerpts from her interviews and quotes from people like Angeline Jolie, all laying bare their own insecurities.

The key to all of this is attitude, Gordon said. The way we think or feel will affect all of our decisions.

Gordon brought four young women she had briefed earlier to seats on the stage to act out some common attitudes. They represented four sisters aged 12 to 25. The oldest sister said that her sisters were all stupid, fat and ugly, while she was much smarter and better looking. Gordon asked her why she thought so, and her answer was, “Well, just look at me!” Gordon then asked the two middle sisters what they thought about what the eldest had said. Both responded that they thought they were OK, that their sister loved them and they knew it wasn’t true that they were stupid. The youngest sister, however, said that she knew it was all true. She was fat and ugly.

The four sisters represented the three attitudes — or three ‘seats’ — of self-esteem.

The eldest sister put others down as a form of false self-esteem. She was cocky and arrogant but it was a cover up for low self-esteem; putting others down to make herself appear more important.

The youngest sister had low self-esteem and could easily believe every negative comment she heard about herself. Both of these are examples of poor self-esteem.

The middle sisters who sat in the middle seats, however, represented healthy self esteem. 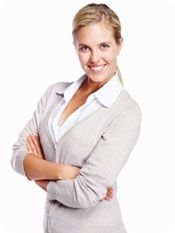 We typically look for mirrors of ourselves in our relationships. And, not surprisingly, people like the oldest and youngest sisters often seek each other out, fuelling each other’s need to either put down or be put down. Healthy esteem doesn’t tolerate being disrespected and rarely matches itself to unhealthy esteem. She reminded everybody that friends are supposed to love you. “Which seat are you sitting in?” Gordon queried the audience.

Often we tell ourselves if we get to this weight, or have this much money, or get this guy, we will be happy. These ‘if’ statements are conditional and make us feel powerless. Respecting yourself and your body mean there no ifs and no conditions. However, even though there are three chairs, we rarely sit in one of all of the time. So how do we get to the middle chair at all? This can be answered by three 'S' statements:

Gordon ended with these thoughts: “Do you want to be in a relationship with someone who puts you down? Are the people you know helping you, or pulling you away from that middle seat?”

What kind of mother are you?

Because of our personality, upbringing, values and life experiences, we approach our roles as mothers differently. What about you? What kind of mother are you?

Valuing the mother that I am

We've all experienced this gap between who we are and who we want to be. Is it possible to reconcile the two and still value every aspect? Of course!

The pressure and relentlessness for breastfeeding are often palpable in the hospital after birth, to the point that bottle feeding has become almost taboo. However, breastfeeding is not always as natural as we think.

Researchers with The Ohio State University Wexner Medical Center and Nationwide Children’s Hospital have found that a simple urine test can rapidly detect one of the world’s deadliest pregnancy-related conditions at the point of care.

Do you have a small or big appetite?

I am always fascinated to see my children leave one last bite on their plate when they are no longer hungry. Especially when it comes to a food they like very much.