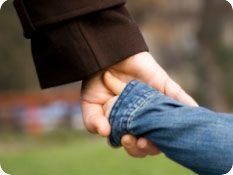 A growing body of research is showing that environmental factors affect development not only via psychosocial mechanisms, but through epigenetics as well. Epigenetics refer to the mechanisms that can change a gene’s function, without changing its sequence.13 Epigenetic effects are well known in cancer research, and have recently been shown to possibly play an important role in obesity and in behaviour regulation.6 Studies with rats have shown that rat pups that were insufficiently licked by their mothers (i.e. neglected) had chemically-altered expression of genes, affecting the rats’ ability to regulate stress.14

Diet may affect gene expression as well. Bart P.F. Rutten, from the School of Mental Health and Neuroscience at the Maastricht University Medical Centre in the Netherlands, notes that evidence from two large independent population samples in the Netherlands and China suggests that in utero nutritional deficiency is associated with an increased risk of schizophrenia in adult life. “Considerable evidence suggests a role for epigenetic changes,” he states. Folate levels during early development in particular could play a critical role in the risk for major psychotic disorders.15

Intervening at the source

Researchers now have the tools to address much more complex and realistic questions about the development of psychopathy in young children. Some Canadian studies using data from the National Longitudinal Survey of Children and Youth (NLSCY) and the Québec Longitudinal Study of Child Development (QLSCD) have led to the first descriptions of the development of early childhood mental health problems. For example, one study in children 2 to 11 years of age found that those with atypically high physical aggression trajectories were more likely to be boys, from low income families, with mothers who had not completed high school and who reported using hostile or ineffective parenting strategies.16 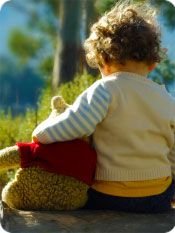 Another looked at the early development of hyperactive symptoms in children from 2 to 7 years and found that maternal prenatal smoking, child male gender, maternal depression and hostile parenting were early predictors of high-level hyperactive symptoms.17 This knowledge can be used to better target prevention and intervention efforts. For example, Sylvana Côté and her colleagues showed that children of mothers with low level education who went to day care before 9 months of age were less likely to have physical aggression problems during early childhood.18

Given mounting evidence of the importance of environment during the prenatal period and the child’s early years, it becomes imperative to begin interventions as early as possible. “Risk-disorder associations are already well-established earlier in life than many ‘prevention’ programs begin,” state Adrian Angold and

Helen Link Egger, from the Duke University Medical Centre in Durham, North Carolina. “If the hope is to prevent the onset of relatively common mental disorders (such as oppositional- defiant disorders or social phobia) in the first place, then we have largely missed the boat by age 2 or 3.4

Richard E. Tremblay notes that most experimental intervention studies target adolescents or pre-adolescents, in part because adolescents create more apparent social disruption than elementary school children or toddlers. However, “all the early risk factors for disruptive behaviours suggest that early interventions should start as close as possible to conception, and continue supporting the family and the child as long as needed.”6 Indeed, in a 2008 report, Canada’s Chief Public Health Officer19 stated that “investments in families with children living in poverty and in early child development programs,” should be a priority area for addressing both physical and mental health issues.