Did you know that there is a link between attention deficit hyperactivity disorders (ADHD) and food? A blood sugar imbalance may be part of the problem. 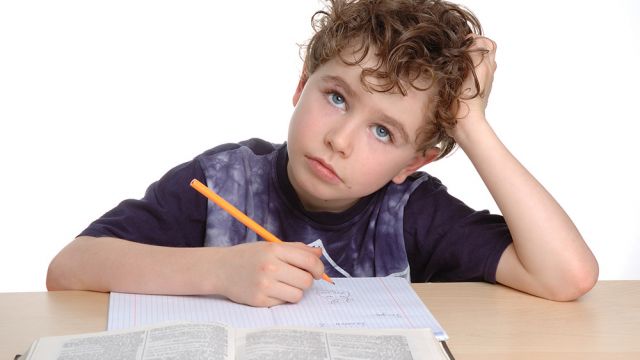 Is your child suffering from hypoglycaemia? Could his concentration difficulties and hyperactivity be related to his diet? In naturopathy, we believe that one of the causes of attention deficit hyperactivity disorder (ADHD) is blood sugar imbalance.

In most cases of children with ADHD, the origin of the disorder is unknown. There are several causes. The standard treatment is based on a combination of behavioural and psychological therapy and pharmacotherapy.

Pharmacotherapy is often associated with undesirable side effects such as loss of appetite, growth inhibition, abdominal pain, headaches, sleep disorders and high blood pressure. In recent years, much attention has been devoted to the question of a healthy diet in this disorder, especially when standard pharmacotherapy is not effective.

I will always remember this... We were at the restaurant to celebrate the birthday of Grandma Danielle. We were all sitting around the table with my two children and their cousin who was 3 years old back then. Throughout the meal, the children had remained sitting and drawing, talking, looking at books. As time went by, children were quiet. Then, it was dessert time with a Black Forest Cake. Despite my deepest convictions, I let my kids eat a part of this “chemical” cake. As soon as the cake was finished, the effect was immediate; all three children were running around the table, screaming. Grandpa didn’t understand a thing, he was getting mad and tension was building up… What was going on? Sugar and dyes excite and pollute our children’s brain.

Researchers at Yale University tested the effect of sugar on children. They gave white sugar to children and measured the level of adrenaline in their blood before eating the sugar and after. They discovered that the rate was 10 times higher after absorbing sugar. Adrenaline is a chemical substance that makes your heart beat and prepares you to defend yourself, fight or run away from danger. Therefore, it is normal that children are excited with sugar. This research has proven that children were irritable, anxious and that they had difficulty concentrating after absorbing sugar.1 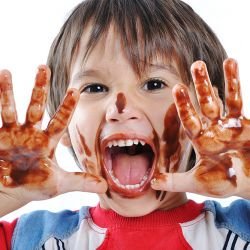 Where is sugar hiding?

Kids love anything that is white: bread, cheese, milk, pasta, potatoes… with a bit of red, ketchup, which is, by the way, filled with sugar.

Why should we avoid sugar?

Normally, insulin is secreted into the blood in appropriate proportions and at the right time to lower the blood glucose that increased after a meal. Its action is called hypoglycaemic and regulatory. In a child who suffers from hypoglycaemia, the pancreas poorly analyzes the arrival of extra glucose in the blood. It is hypersensitive to concentrated and refined sugars.

Foods are categorized according to their impact in the increase in blood sugar (glycemic index). Foods with high glycemic index, 60 and more, will promote an excessive secretion of insulin. An insulin peak will then lead to an important decline in sugar that will result in several symptoms such as fatigue, difficulty concentrating, restlessness, irritability, anger, etc. The body constantly perceives cravings and the child will eat at any time during the day.

For example, the glycemic index of a fresh fruit is around 30 while the white sugar found in cookies, cakes and candies is at 75. It was found that the consumption of foods with low glycemic index can reduce symptoms in some hyperactive children.2

Does your child have a blood sugar imbalance?

Increasing your libido and reigniting your sex life through naturopathy

A decreased sex drive can strike anyone at any time, but standing around and waiting for it to come back isn’t the solution. Here are some natural methods that can help revive your libido.

Does your child have another bad cough that wakes you up at night, a runny nose, otitis, bronchitis, and antibiotics? Winter can be stressful for children and even more so for parents.

You can be worried when you child wakes up and cries in the middle of the night because his legs hurt but don’t worry too much. Maybe he is just growing!