Many people have a little heartburn now and then, but if it happens often and is paired with regurgitation, you may have gastroesophageal reflux disease (GERD). 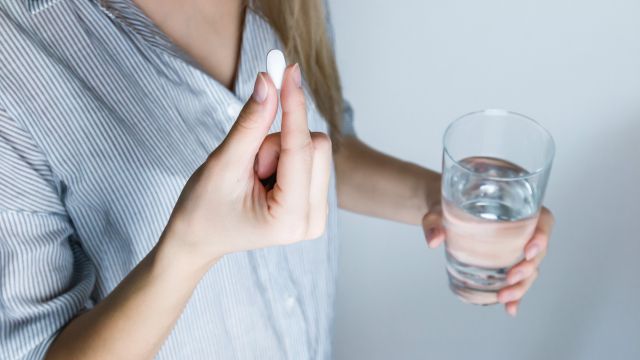 GERD is a chronic disorder of the digestive system caused by the lower esophagal sphincter (LES) not closing properly, allowing stomach acid into your esophagus, causing inflammation and in some cases, tooth erosion.

GERD may be a result of another issue, such as a hiatal hernia or a tumor. Around 20 percent of people living in the United States are estimated to be affected by GERD and it can affect people of all ages. Thankfully, most people are able to control their symptoms with lifestyle changes and/or medications.

The chief symptom of GERD is heartburn, a burning sensation located beneath the breastbone, often radiating up toward the throat. Not everyone with GERD has heartburn. Regurgitation is a more severe form in which stomach acid reaches the back of the throat, producing a sour, acidic taste. These symptoms may sometimes be accompanied by nausea. Heartburn and regurgitation are usually much worse right after a meal and are made more severe while lying flat or bending over.

Other symptoms of GERD include a persistent sore throat, hoarseness, chronic cough, wheezing, bad breath, chest pain, and feeling like there is a lump in your throat. These symptoms are more common when you don't have heartburn. GERD may also cause stomach acid to stimulate nerves in your esophagus or cause damage to its lining that can result in discomfort.

GERD is caused by the reflux of gastric contents into the esophagus. Normally, reflux is prevented by the lower esophageal sphincter (LES), a ring of muscle located at the junction of the esophagus and the stomach. Most of the time, the LES is contracted in order to close the opening and to form a barrier between the stomach and esophagus. The LES transiently relaxes when you swallow to allow food to pass into the stomach. It also relaxes when you belch to allow gas to escape.

In most cases of GERD, the LES transiently relaxes when it's not supposed to, thus allowing a brief interval of time in which the stomach contents can enter the esophagus. It is not clear why so many people develop frequent, transient relaxations of the LES.

Other factors that can contribute to GERD include having a hiatal hernia, being overweight or obese, and pregnancy.

A heart attack in her forties

She was too young and too slim to have a heart attack, at least that’s what she thought until the ambulance arrived. What about you? How is your heart doing? Could you tell if you were having a heart attack?

Most babies spit up a certain amount of their milk after they have been fed but when it becomes too much, it is normal to worry about their growth and health.

Tonsillitis, laryngitis and loss of voice

Because we're all used to getting colds during the winter, we never tend to worry too much about them. But once they develop into tonsillitis or laryngitis, it's time to worry and head to the doctor's office.