When a two-year-old touches everything and climbs on everything, they start hearing the word “no” quite often. They realize all the power the word carries and start using it to assert themselves, just as the teenager will do later on. Yet, whenever you say No, you’re reminding your child or adolescent that you’re the boss and the one who holding the power. And at the same time, it puts the child in a defensive position and makes them want to defy you even more.

Consequences of saying No

When you say No too often, your child doesn’t hear it anymore. And the further you use the word, the more they will too! The less "No"s you say, the more your child will accept them. Imagine the situation where you ask a friend for help and they answer: “No, I can’t help you, I’ve got work to do.” Or “Yes, I’ll help you as soon as I’m done with my work.” Do both answers have the same impact on you? Probably not. Yes is a term of acceptance, and No is one of rejection. Many people prefer not to ask for help and manage on their own instead of risking rejection. It’s a shame because they might miss out on something they actually needed.

When you say Yes to your child as often as possible, it’s like telling them that their demand is worth considering and that you're encouraging them to keep asking for what they want and need. Could it be that people don’t dare ask for anything anymore because they’ve been told “no” or things like “Don’t you think you’re exaggerating” or “You’re being unreasonable” too many times? It doesn’t mean that we should agree to everything, but rather that many "No"s could be changed into "Yes"s while still getting what we want from our children.

Your son asks if he can go to a friend’s house. Instead of saying “No, you haven’t cleaned your room like I’d asked you”, say “Yes, as soon as you’re done cleaning your room.” 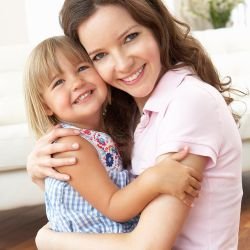 Your daughter asks you for a cookie before dinner. Instead of saying “No, we’re just about to eat dinner”, say “Yes, as soon as you’re done eating your dinner.”

Your child wants you to give him his favourite toy. Instead of saying “No, you already have plenty of toys to play with”, try saying “Yes, as soon as the other toys are put back where they belong”.

Let your child say No

It’s also important to let your child say No. If you ask him if he wants to lend his toy to his sister, allow him to say “No, this toy is too valuable to me.” If you ask him to help his younger brother tie up his shoes, let him say “No, not now, I’m doing something important.” Although you want to teach your kids to share and help one another, they deserve the right to say No to certain demands. Otherwise, they could become submissive kids, which is not better. If you force them to agree to everything, they will say Yes to everything and everyone in their lives.

If your children say No often, reduce your own No. For example, if you catch your child climbing on furniture, change your pattern and say Stop instead of No. Also, try to avoid closed questions to which your kids could answer with a simple No. For example, don’t ask your son: “Do you want to get dressed?” but rather “Are you putting your shirt or pants first today?”

A mother told me that her son, to whom she was constantly saying No, asked her: “can we go on holidays by the ocean?” Her answer was: “Yes, if I get a raise before summer.” When he asked her if he could have a big party for his birthday, she answered: “Yes, as long as you help me plan it, decorate the house and send out the invitations.” She told me that since she started replacing many No for Yes, her son has become much more cooperative. This simple change in your answers can make a huge difference in your child’s life. He’ll in turn be able to say Yes more easily, so it’s a win-win situation!

Discipline: How much is enough?

A loving attitude, clear rules and applying the consequences that were stated will encourage the development of positive behaviours in children.