Moms are different from dads!

Should everyone experience parenthood in the exact same way? Are men and women different in the way they experience it? Absolutely! 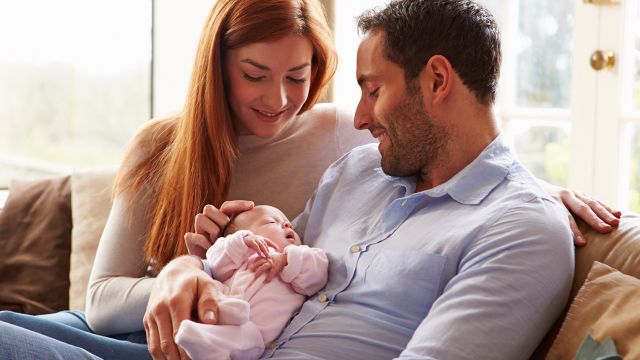 Partners can feel different emotions or see their role as parents so differently that it can surprise them, even unbalance them.

These differences can be seen in several aspects of parenthood. Let’s explore these aspects and see how parents, as men and women, can disconnect in their way of experiencing it. Because we have gathered the most common generalities and because parenting is no exact science, you may or may not find your couple in these examples. It is normal.

Pregnancy is a period rich in emotions, both positive and hard. Moms have better chances to bond with their coming child. It can be explained by the fact that they feel their baby growing and kicking. Moms are eager and can find it difficult or shocking to see that dads do not share their anticipation. Moms may wonder: “Does he regret my pregnancy?” “Did he stop loving me?” “Does he find me unattractive?” etc. These questions are legitimate because the father-to-be cannot experience pregnancy like the mother because he does not bear his child. He does not feel his baby’s movements and cannot feel the weight of his growing bump.

The difference may seem quite visible but for you, it can be very worrisome not to share the excitement. Excited about seeing his baby? He will be! As much as you? Probably not. The father sees his lovely wife transforming. He cannot see you exactly the same way as he used to, before you became a mom, and his eyes must adapt to this new sight. Although pregnancy is the normal continuation of a couple, your man could also feel the need to redefine himself. He can, like you, be worried and need to adjust his reality to the new child that his coming. He will have new responsibilities, a different role, and see changes in his groups of friends, etc. It has been often said that a father, even if he is eager to see his baby, will only feel like a father when he will hold his baby in his arms. When his child will be there, he will become real and that is when he will feel like a father!

Sexuality is stressful for moms, but also for dads, you should keep that in mind. Many men feel like there are three persons present during sex. Which can - and it is understandable - have a negative effect on his sex drive. However, don’t mash up, although his sex drive is temporarily lowering, it does not mean that his love for you has the same faith. Although love changes and evolves, sexuality can be harder to place in context for some men. Sometimes, they feel like they are holding a “mom” who must be protected. Others can find it difficult to see a pregnant woman as an object of desire. The sexual woman does not occupy the first place in his thoughts anymore. Desire can be replaced by tenderness for nine months. In most cases, this situation ends in the weeks following birth.

You breastfeed your baby because it is the natural following step or because you believe that’s what is best for your baby. No matter the reasons, every day (and often every hour after birth!), you sit with your newborn to feed him. For you, breastfeeding seems like a natural motherly gesture. Although the dad knows and approves nursing, it can trigger other emotions. Because breastfeeding is increasingly encouraged and demystified, many dads share this moment by trying to get involved in other ways to help the breastfeeding mom. However, other dads can have darker thoughts. They can feel rejected, frustrated, impatient, etc. This little baby takes his place. His baby “steals” access to his wife’s breasts and breastfeeding sends him a message that goes beyond sexuality. Breasts now have a feeding function that helps his child grow and live. This image can be shocking for some dads. Unconsciously, subtly or more obviously, this image can be a shock if they did not expect it. It impacts their sexuality.

There are no miracle solutions

Despite the differences, some men will not react like what we have just described at all. What matters most is to realize that the different reactions must be perceived as richness, not as a gap that slowly splits the couple. On the contrary, these differences that now appear as a difficulty will slowly become a great strength. One day, daddy will open doors to brand new lessons that will help your child discover a world beyond his mother’s arms, a world rich in exploration, giggles and fun that only dads can teach in their very masculine ways!

Veronique Boisvert holds a BA and an MA in sexology. She works  in a private practice as a clinical sexologist and psychotherapist to treat marital and sexual difficulties. As shehas always been passionate about the perinatal field, she also followed a doula training and  now gives a prenatal class, assists parents during the delivery and offers them support  after. Her professional experience and research has led her to specialize in postpartum disorders. That's what inspired her to write the book  Bien vivre ma période postnatale : prévenir les difficultés et devenir une maman heureuse (meaning “Living my postpartum period well: preventing problems and becoming a happy mom”). You can find more information about her practice and clinic on her website (in French only).

In honor of Father’s Day, we searched for the best dad blogs around the web. Here are our 10 favorite daddy bloggers who share their view on being modern fathers with humor and heart!