Mothers and daughters: friends or foes?

Mothers and daughters are fierce competitors that admire each other. Sometimes friends, sometimes rivals, they always have very emotional relationships! 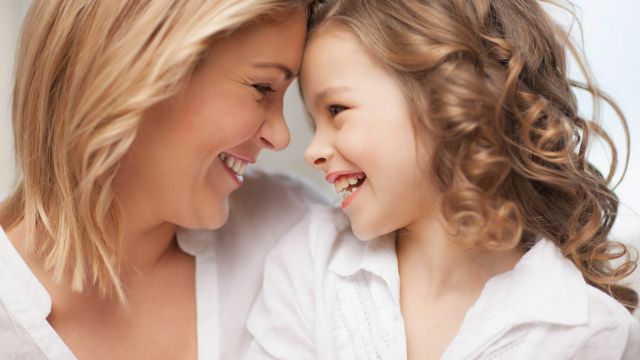 Usually, when a girl is born, she represents the reflection of her own mother or an opportunity to achieve things that her mother always wanted to. For many months, this mother-daughter relationship is symbiotic and both experience perfect happiness. Then, the baby girl grows older and everyone discovers that under her similarities with her mother lies a personality of her own. While admiring her mother and following her example, she sees things differently and avoids making “the same mistakes”. This complex situation can produce many types of relationships. Some are idyllic, others are explosive! Here are some examples.

For some, the symbiotic relationship continues well beyond childhood. Mother and daughter understand each other, appreciate each other’s company and the teenage girl will soon borrow her mother’s clothes and make-up. This cozy relationship can last a long time if the mother doesn’t forget her role along the way. Indeed, it is necessary for the mother to remain a mother and she must avoid trying to stop time and relive her own youth through the experiences of her daughter. The child must live her own life and the mom must learn to abandon her symbiotic relationship to appreciate the value of her parallel relationship with her daughter.

This will accommodate both mother and daughter because, like Alfred Naouri, psychiatrist, says: “The mother is a powerful source of life, she is a first and absolute object of love. A boy knows that he is different from his mother and can escape. A daughter, however, is sexually similar and soon feels like a reproduction, a mini-mother. She will be fighting this for a long time.”

And anyway, you should not be afraid to let go because girls who get along with their mothers continue to seek their advice and their presence. You must give her the trust and confidence that she will need to make her own decisions without being afraid of betraying or abandoning you. Sometimes she will be stubborn and annoy you but by assuming her own personality, she will not be afraid of being your inferior.

Sometimes, the mother does not tolerate her daughter’s insubordination. She must be perfect in school, in sports, in everything. Often, she already is and her mother speaks highly of her as being very well raised but when she does, the mother values her own educational prowess rather than the personality of her daughter. By trying to avoid sharing her place as a woman in the house and refusing her role as a mother, she can be very harsh with her daughter. Her tone of voice is hard and, consequently, her daughter replies in the same way. Mother and daughter adopt a fighting position. They argue about everything and in extreme cases, some mothers even sabotage relationships and achievements of their daughters in order to demonstrate their power and superiority.

This jealousy can be very harmful to the child who feels constantly judged by this mother who represents her first true love but who is always dissatisfied by her actions and irritated by her presence. 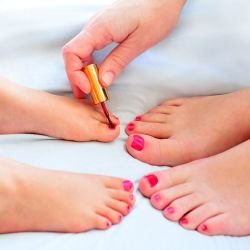 If you want peace, prepare for war

Sometimes, even the model daughter who used to be examples of perfect can turn into horrible little monsters during adolescence. During this period, friend-daughters can become rivals and can even become nasty with their flabbergasted mothers. Caroline Eliacheff, psychoanalyst and specialist of mother-daughter relationships explains that “this key moment is difficult: to become a woman, you must get away from your mother”. When this time comes, the symbiotic relationship must turn into mutual respect. It is when the mother will accept to resume her life as a woman and when her daughter will feel free to be herself that the hatchet will be buried for good.

The bond between a mother and her little girl is very strong, while father and son are a natural team. What about the opposite pairings?

Talking to your daughter about her periods

Moms already know everything there is to know about menstruations but will you gladly talk about it with your daughters?