Giving one, or not giving one? A difficult decision that involves a lot more than the simple dollars you will pay. Managing a little wallet comes with many other lessons. 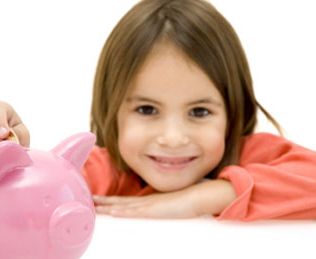 In some families, children get a small allowance as soon as they start going to school. In others, not a single penny is exchanged between parents and kids as “pay”. The decision is often based on family values and the parents’ relationship to money. After all, our kids mimic us... and our spending habits. By having to teach them the benefits of budgeting and saving - especially if you have maxed out credit cards – you’re forced to reconsider our own ways of doing things. Just like adults, kids have desires and would like to make their own decisions. However, they need a little financial education to make intelligent choices. Here are a few suggestions to help you deal with the whole situation!

Allowance must rime with planning, talking and organizing! It’s an essential trio for your child to understand the responsibility that comes with the money you’re giving him. Getting an allowance allows children to understand that money doesn’t grow on trees. By giving them a certain amount every week, you are also empowering them showing them that you trust them. It’s a gratifying experience for them. And of course, getting an allowance is one step closer towards a having a certain autonomy – albeit small at the beginning - that will get increase later on when they get their first summer jobs.

Giving an allowance is not something trivial, so take the time to talk with your child about what he intends to do with his money. Help him by giving him advice, but leave him some latitude. To him, having pocket money is a sign that he’s becoming a “big kid”! He is in charge of his own money, and that also requires a certain letting go on the parents’ part. In some situations, he’ll have to learn from his mistakes. Your child spends all his money the day after he gets his allowance? Then it’s too bad for him if he can’t rent a movie with his friends on the weekend. He’ll just have to learn from his mistakes and understand that impulse purchases have consequences.

Instead of reprimanding him, teach him how to plan its expenditure, divide his allowance according to his desires and measure the impact of his choices. 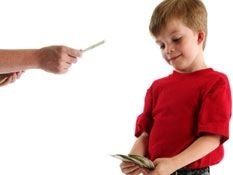 You will learn a lot about your child by observing his spending habits. Is he a big spender? Does he save money to buy something he really wants? Does he notice sales in stores? Is he influenced by advertising?

Many financial specialists agree that it’s wise to open a savings account as soon as we start giving a child an allowance. This way, we’re teaching our kids the basics of saving and helping them better evaluate their wants and needs and space them in time.

Getting an allowance can help kids…

How much to give?

To determine how much to give to your child, rely on your budget and not on what the other kids are getting. The goal is to find an amount that’s reasonable for you and your child. To determine the amount, think about what you pay for him and what you won’t pay for anymore. For example, you can give him a bigger allowance if you decide that you will no longer pay for movies tickets, video games rentals or an umpteenth nail polish. Of course, you will continue to buy him necessities, but if he wants a special pair of shoes, it will be up to him to pay the difference between what you're willing to pay for an "ordinary" pair and an “top fashion” pair.

How not to fight about finances

We often hear that money is a sensitive issue for couples and that it can be the source of many fights. Yet the state of our finances has a direct impact on our quality of life and our future.

What is a stay-at-home mom’s work worth?

A mom’s work never ends and her professional stress is intense. How much would her job be paid if someone, somewhere, decided to give stay-at-home mom's a salary?