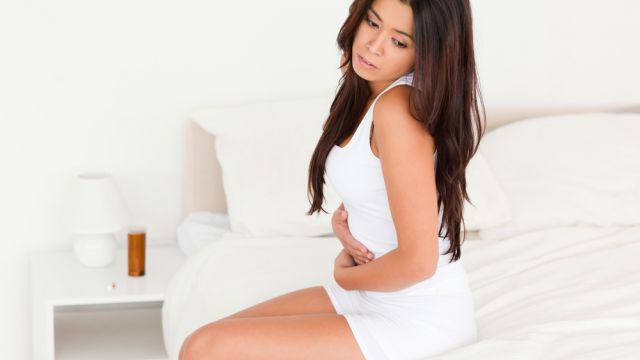 The premenstrual syndrome, also known as PMS, is a real issue for many women. We say “real issue” because many people like to tease women by suggesting that it is just an easy excuse rather than a real indisposition. The problem is that PMS is still not well known by scientists who don’t even know why it occurs.

We know that the PMS is defined by a variety of physical and psychological symptoms such as mood swings, bloating or hypersensitive breasts. These discomforts can appear a few days before menstruating and can last anywhere from a few hours to a few weeks. They usually disappear when the woman starts menstruating.

Studies have led to believe that mood swings associated to PMS are due to the increase of serotonin and progesterone levels in the body. According to other studies, oestrogen would be responsible for water retention, which also causes many physical discomforts.

PMS is not considered a severe disorder, and the symptoms associated with it vary from one woman to another. For some, PMS is very bothersome and can interfere with daily activities, forcing t them to take a day off from work. Others have never suffered from it and feel perfectly fine the days before their period.

Women rarely consult a professional about PMS. Since the symptoms reappear each month, they are easily recognizable. Most women learn to live with them or have found ways to relieve the discomforts, either by spoiling themselves a little more during that period, avoiding dramatic situations, watching their diet or exercising. Because most women don’t see a doctor about their PMS, it is a challenge to get real statistics on the subject. It is however estimated that 85% of women suffer from one or many PMS symptoms. Specialists also believe that 5% to 10% of women suffer from severe symptoms. 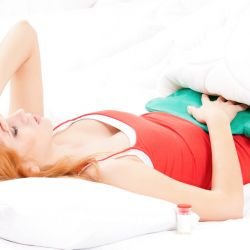 According to a survey conducted by Léger Marketing and published in Montreal’s paper La Presse in 2006, 20% of women described their symptoms as severe or very severe. Three out of 10 women said that PMS affects their personal life, and 23% said that it affects their sexual life.

The symptoms are not only physical, but psychological as well. 74% of the women surveyed feel irritated before their menstruations, 58% have mood swings, 30% feel angry, 29% feel anxious and 21% have trouble concentrating.

When the symptoms cause more than slight indispositions, it may be a good thing to see a doctor or pharmacist, who will be able to recommend specific products to relieve the pain (such as Tylenol or Motrin). It is recommended to watch your diet and perhaps take calcium, magnesium and vitamin E supplements, as well as a diuretic to help reduce the effects of water retention. Natural products such as evening primrose oil can also be soothing. However, since there is no specific medication to treat premenstrual syndrome, it may be necessary to try many alternatives before finding the right one for you.

Is it possible to get your period while pregnant?

Usually, we rely on our period to determine whether we are pregnant or not. But is it possible to be pregnant and still get your period? Keep reading to find out!

In recent years, the link between diet and health has been scientifically proven, thus the explosion of “medicine-foods”.

Your doctor has suggested a hysterectomy as a solution to your health problems? Here is everything you need to know about the big operation to help you make a choice!