Out with the cars and dinosaurs, your son prefers princess costumes, dolls and fairies? Does your child’s behaviour worry you? This type of reaction is normal there is no need to panic. 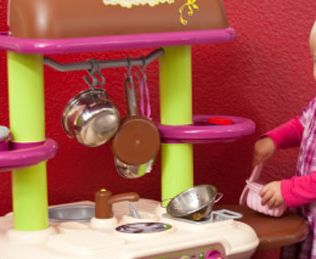 How normal is it for a boy to play with dolls, prefer girl playmates and love princesses? What is normal, however, is for this sort of behaviour to raise questions as a parent, since it does not correspond to your idea of little boy games. In addition, it worries you that your child could be ostracized in kindergarten and then in school; he could be the target of unflattering nicknames. All moms sometimes wonder if their son has a “manufacturing defect”.

Yet it is certainly not the case. Toys don’t have a gender. So what if your son likes to play with dolls? What he’s truly doing is projecting himself into the role of a father. Nowadays, fathers engage more and more in daily activities with their kids, making it normal for little boys to imitate them, which is good news! Why ask for a fully involved father and then be worried by the same behavior from your little man? He’s only acting like his model.

Furthermore, nothing leaves us to think that these games have any kind of repercussion on his future sexual identity or masculinity. In fact, what is important to understand is that, for the meantime, your son has more affinities with the female temperament. Whoever said that he enjoy setting up tea parties. Kids are curious and need to explore all possibilities. As a result, you do not have to feel uncomfortable in letting him play with toys of the opposite sex. 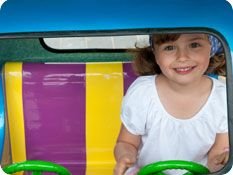 Games and toys are a world to discover for kids. With time, the way in which they play games and the toys they choose will change depending on their personal preferences. Boys will likely prefer action-filled games with a lot of movement, whereas girls will mostly favor role playing. Around the age of six, when children start school, games that are socially associated with their sex will most likely be accentuated.

Girls can be tomboys… but boys cannot play like girls

Nowadays, mothers describe their girls as fighters and their sons as gentle and caring. As for fathers, they see their little girls as adorable little princesses and their sons as turbulent handymen. Girls considered as fighters by their mothers and tomboys by their fathers please both parents. As a result, girls have access to traditional masculine toys and manly sports such as soccer, rugby and even boxing.

Pushing the envelope even further, parents encourage their daughters to fight (girls have to know how to defend themselves or else they are sissies) and even push them to participate in extreme experiences (… it strengthens personality).

Nevertheless, reality is completely different for boys, who have access to girl toys only under certain conditions. Either the boy has a sister to use as an alibi, or he as to behave in a manly or neutral way with the toys. (Personally, I am at ease because I have both sexes at home and they share the same toys.)