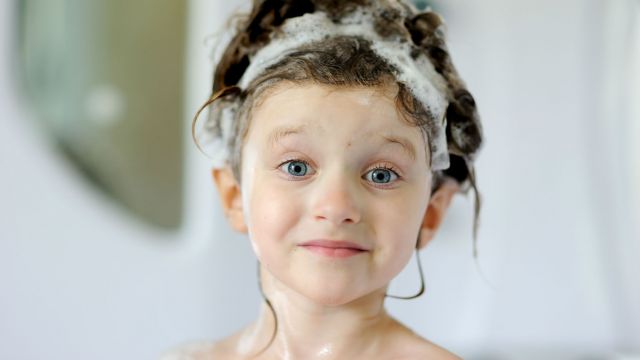 For my part, I tend to do things naturally and do what I feel is right. One day, I noticed that my daughter was staring at me for too long as I came out of the shower so I decided to lock the door afterward. I stopped breastfeeding the same way, when she looked more lucid and when I thought it was time. What about you? Let’s see what other people do…

For Robert, children don’t need to know that their father has a body under his clothes. His children never saw him naked. In his house, everybody gets dressed before coming out of their room and it is not a common subject although it is no taboo. For Nancy, we have no reason to hide. Having abandoned much of her modesty while breastfeeding before the whole family for months, she likes to sunbathe in the yard wearing a thong and sees no shame in showing her body to her children because it is not something shameful that we should hide.

Modesty appears between the age of 3 and 5 but increases as puberty approaches. Indeed, children who have always been walking around naked become self-conscious around that age and begin to cover up or at least wear underwear at all times.

Managing this modesty and the related education is somewhat important because it will have an impact on the way your child will perceive themselves during adolescence. So if you think that a conversation is required, your explanation will have to include a notion of self-respect and respect of others without demonizing the body. Indeed, it is important to avoid giving your child the impression that their body is disgusting when you will teach them to get dressed in front of people.

In every culture, despite a few libertarian groups such as hippies and naturists, some modesty is adequate. Even within these groups, nudity is not a form of exhibitionism and the respectful eye of the other members is crucial.

At home, most psychologists agree: you must find a balance between excessive modesty and bothering nudity.

Most importantly, nudity should never be imposed. While a naked parent who walks past his child as he comes out of the shower on his way to get dressed allows trivializing the body, a parent who intentionally remains naked in the living room is disrespectful and means: “if they’re not happy, they can just look the other way”.

In conclusion, occasional and fortuitous nudity is acceptable but imposed nudity, especially when it visibly makes a child uncomfortable should be avoided.

Soon after birth, the newborn experiments his sexuality! It is already present in utero and it keeps developing the whole life through, even though it is expressed differently according to your age.

From child to teenager

Adolescence is a period of tremendous physiological changes. These changes come with various needs that you must fulfill in new ways.