Your baby’s first steps toward learning to speak

Your baby is born ready to learn language! His brain has special structures that enable him to learn about sounds, words and sentences when you speak to him. 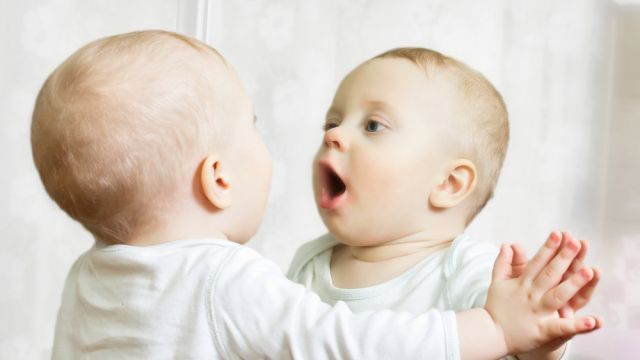 Even before he was born, he learned to recognize your voice and wanted to listen to you. Language develops in three areas:

Your child may learn at a different rate in each area.

Your baby learns a lot about the sounds of language in his first year. From the day he is born, he can hear almost any speech sound. As early as 5 months old, your baby already understands some new words. From the age of six months on, he will try to communicate and start initiating exchanges. In his first six months of life, he will start gesturing when he cries, babbling and playing by making sounds.

By the end of the first year, your baby will pay special attention to sounds that are important in the language or languages that you speak. He will ignore sounds that are not used in your language.

By the time your baby is one year old, he should also be babbling, making sounds that begin with a consonant and a vowel. He will later repeat these syllables (for example, ‘bababa’ and ‘mamama’). These are the foundation for the first real words that your baby will say.

By the end of his first year, your baby will start to master the basics of language. He will say his first words as he becomes more curious, as he develops his senses and can move around freely.

Your baby’s vocabulary skills develop very quickly. Babies can understand some words as early as five months and will say their first word between 10 and 12 months. 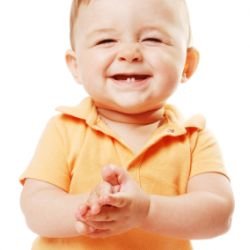 Problems with language development should never be ignored. Language delay can last a long time and lead to other kinds of problems that may need treatment.