My daughter wants to wax her legs!

You may have seen this coming, or on the contrary, her request may take you by surprise: your daughter wants to wax her legs! Is it too early, and above all, which method is best? We'll tell you everything! 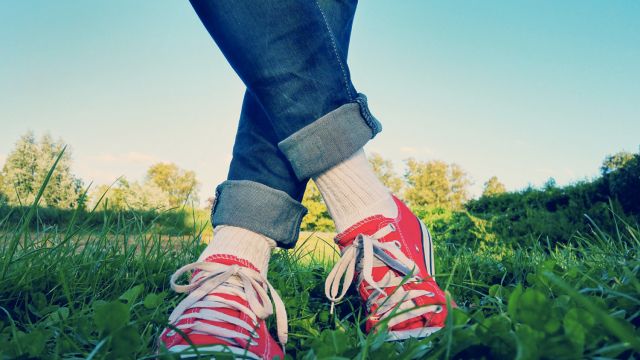 "The hair on my daughter's legs has been apparent since kindergarten, and more and more visible year after year. I was not surprised when she asked me to wax, when she was just 11 years old" says Karine, mother of Camille. She did not try to dissuade her child. She understood what her daughter was going through, having experienced it herself in her youth. "I was super complexed by my hair. I remember taking scissors in the fifth grade trying to get rid of it!"

While girls usually start wanting to get hair removal between the ages of 11 and 12, Laura Doponte, an esthetician and teacher at the Edith Serei Academy, says there is no ideal age to start removing unwanted hair. "It's better to start sooner rather than later because at this age, the psychological repercussions can be pretty big. Young girls can quickly become complexed and lose their self-confidence. "

Which hair removal method to favour?

Without hesitation, the beautician recommends using wax. "This technique pulls out hairs and hair follicles, so it takes longer before the hair grows back," she explains. Your daughter may be afraid of this hair removal technique which is a little painful, but the beautician believes that you should convince her to try and continue because over time it will become less painful and the hair will take longer to grow back.

You can use the products sold at the pharmacy, but of course, the beautician recommends instead to go to the salon. This will necessarily have an impact on your budget, because unlike the twenty dollars needed to buy products sold in supermarkets, it will rather be between $ 20 and $ 70 for full leg hair removal at the salon. Yes, its expensive, but it ensures a professional job without burns or ingrown hairs.

Laura Doponte does not recommend using the razor. "Although this technique is very popular, it stimulates hair regrowth and may require a shave every two to three days. The same goes for depilatory creams, which, in addition, are very chemical and can irritate the skin.

"Permanent hair removal is not going to work for teenagers because of their puberty, because hair growth is linked to hormone surges," says Laura Doponte. Laser or pulsed light should not be considered until about 20 years of age.

A personal choice, first and foremost

In terms of hair removal, even if waxing is the best option for teenage girls, you are free to choose the one you want, because, beyond the preferred technique, the important thing is that your daughter feels good about herself.

Is your teenager constantly looking in the fridge? Do you ever get stuck when you try to find tasty, nutritious and sustaining snacks?