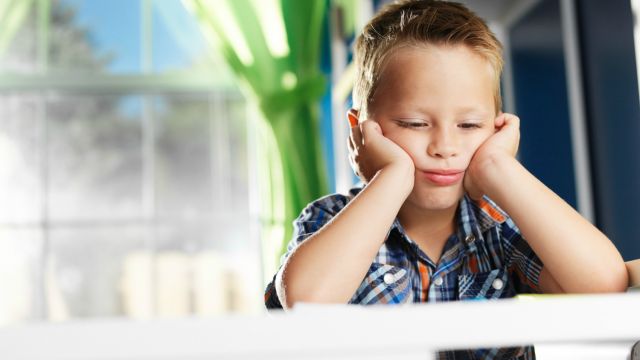 Are you in that delicate situation where you must not “over-congratulate” one of your children for their grades and their beautiful attitude to avoid hurting the self-esteem of another who is not as successful?

Because it is not always easy to balance our interventions, Anne-Marie Delisle, psychoeducator, accepted to take a look at the situation and give us a few tips.

Why is it so easy with one, and so hard with the other, despite us giving them both the same education and the same way of life?

First, it is important to remember that every child is unique and has their own talents, aptitudes, strengths and limits. Therefore, all children are not learning at the same pace and the same way.

Here are a few hints to explain the major differences between your children’s school results.

According to the theory of multiple intelligences, every human being carries eight forms of intelligence that are developed to a certain degree. The logical-mathematical and linguistic intelligences are prioritized in our teaching programs. The other forms are spatial (creativity, drawing, reading graphics), bodily-kinesthetic (the desire to be in movement), Musical, Interpersonal, Intrapersonal and Naturalistic (the ability to regroup, organize, select and make lists).

“If you feel that your child has a characteristic that stands out more than others, you can look for ways to help theme around that,” says Mrs. Delisle. Of course, your efforts to help the “weakest” should not get in the way of the progress of the “strongest”. Emphasize on the value of his work and offer him new activities that will allow him to fully exploit his potential.

If your second child is more kinaesthetic, you could organize his workspace to allow him to work while standing up and even allow him to study French while jumping on a trampoline. If he is more the linguistic type, he could study and do his homework – or at least parts of it – in role-playing games or by giving speeches.

The assimilation and treatment of information, as well as its expression may take many forms, according to another theory of learning styles: 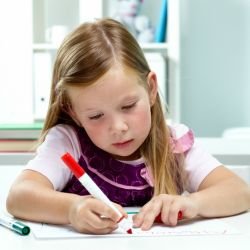 We must take these characteristics of learning into account just as much as our child’s temper – can they resist stress? – and the environment in which they learn, – bullying, for example, could undermine their school performance – when time comes to exploit their potential and, incidentally, promote their success says Anne-Marie Delisle. “We must pay attention to the way our child learns because they do not necessarily learn the way we do.”

Build on their strengths

Most parents think they know everything about their child but they don’t know them that much, according to Mrs. Delisle. “During meetings with parents, we sometimes ask them to describe their child and many find it hard to name three of their qualities!”

If you know your child’s strengths and weaknesses well, you must focus on their strong suits to be able to support them adequately without forgetting about their interests. “When you are young, you are defined by your achievements in school and later on it is through our career that we define ourselves,” said Mrs. Delisle. If we only focusing on school successes, we can miss something with children who are less motivated. That is why it is important to also know about the interests that will open the doors of their motivation. 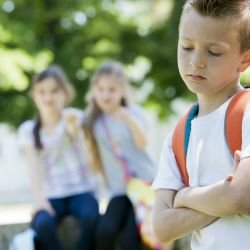 Observe your child and ask yourself: what are their skills and how did they develop them? Your child could use the same strategies to acquire the appropriate attitudes in order to improve their results. This is a path to consider, especially since it will give you the opportunity to reflect positively on your child who is giving you headaches, admit it!

For example, your daughter loves puzzles and is very talented in organizing objects and surfaces in space but she does not understand math. You could try to teach her through images instead of numbers, suggests Mrs. Delisle.

Anne-Marie Delisle also gives the example of a boy who was not motivated to finish his homework. His parents wanted him to play outside and get some fresh air but he did not want to. They ended up giving up and they accepted that he wanted to take a break from all school matters and watch TV before doing his homework.

This way could be totally inefficient for this child’s brother or sister, that is why we must adapt our strategies for every child’s needs.

The child who does well in school generally has a good opinion of himself while other children who drag themselves to school and come home with bad results are often facing a low self-esteem. “We must improve our children’s self-esteem”, says Mrs. Delisle. Like we said before, it is necessary to promote the strengths and talents of our kids. One of the keys is self-esteem.

The psychoeducator also suggests focusing on the feeling of belonging to a group of children. Does he feel like he is doing awful in school? Maybe he is not the geek of the class but when it is time to help his teacher clean up and organize the books and furniture, he is an all-star champion. That is a good way for him to show that he belongs to the group and it may improve his desire to work a little bit harder to reach other goals.

All these tips and tricks, along with the motivation of wanting to see your child succeed will only help you if you have realistic expectations, says Mrs. Delisle. “We must respect the limits of our child and not aim for grades of 90% and more… because we must first evaluate his capacity to learn.”

Getting involved in school

Your child started school and you believe that you should get involved in this organization that is now part of your life. Here are some ways to get involved.

My child stresses over school

Does your child whines every morning before leaving for school? Do they make up crazy stories to avoid doing homework? What if your child is feeling stressed out about going to school?