Children aged 1 to 4 years old represent the highest mortality rate by drowning in Canada. Furthermore, for each drowning, almost 5 cases require hospitalization for near drowning. 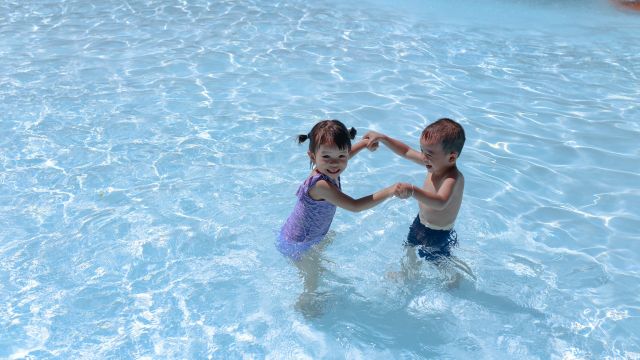 John Mulvihill, Deputy Secretary General at the Canadian Red Cross mentions that “drowning and near drowning represent a tragedy, especially when we know that most events could have been avoided. Toddlers are more at risk because of their natural curiosity. Even if they can walk, they lack stability and tend to ignore the dangers that surround them. They are not capable of getting themselves out of trouble either.”

The study adds that almost 50% of babies and toddlers were alone when they drowned, 38% were supervised by adults and 17% were under the supervision of children.

To reduce the cases of childhood drowning and to increase the awareness of pool owners the Canadian Red Cross recommends applying the following measures: 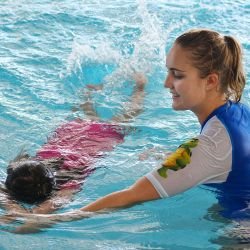 According to the Canadian Paediatric Society, the swimming lessons offered in Canada for young babies were designed to get children used to water and to give them confidence while teaching safety to parents. However, one study led by Parker and Blanksby said that children could not control their self-confidence in water and aquatic skills before the age of four, regardless of the age at which they began their lessons. According to Blanksby, children acquire the necessary skills for freestyle swimming around the age of five and a half years, despite the fact that they started a course when they were two, three or four years old.

If they are still breathing, dial 911 and patiently wait. If they are not breathing, you must act quickly and practice artificial respiration (see below). Think about the possible risks of hypothermia and cover your child.

First, check the absence of breathing and possibly pulse (at the neck). If necessary, combine artificial respiration and cardiac massage (explained below).

Make sure a foreign body does not encumber your baby’s mouth. Put your mouth over their nose and mouth and blow into the two holes at the same time. Perform the equivalent of 25 to 30 breaths per minute (a breath every two seconds) until help arrives. Regularly monitor the pulse of your baby.

For an older child

Blow in your child’s mouth and pinch their nose at a rhythm of 12 to 15 breaths per minute.

Keeping your kids safe when you travel

Family travel requires much more organization, but when you are well prepared, travelling with children can be an amazing adventure filled with beautiful memories!

10 things to avoid with your baby

Some things that seem inoffensive are cons-indicated for babies and toddlers. Here are 10 things to avoid while taking care of a baby.

The bond between a pet and a child is very special, but beyond its many benefits, it’s crucial to create a safe environment.

Preventing a fire in 10 steps

Would you know what to do if a fire started in your home? Would your kids? Take the time to review fire safety tips so your family will be prepared if a fire breaks out unexpectedly.