Is art useful? For hundreds of young Russian women, the answer to this philosophical question is yes! 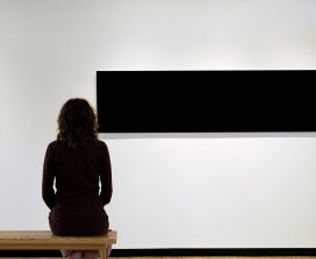 These women and their babies discovered harmony is Saint Petersburg’s prestigious museums. “We are told that pregnant women need to see beautiful things. I’m sure that these classes are doing wonders for me, but also for my baby”, says Macha Zverena, a 25 year-old expecting her child in the spring. Now, between two doctor’s appointments, she heads out to the Russian Museum where she takes art classes with a dozen other young pregnant women.

“I saw an ad for a program called Finding beauty before giving birth during a consultation with my gynaecologist and thought it looked interesting”, explains the young woman. The Russian museum is a true temple for Russian painting in the old imperial capital.

Inaugurated in 1898 by Emperor Nicolas II, this prestigious museum holds an impressive collection of restored artefacts and paintings from modern painters such as Kandinsky, Chagall and Malevitch. In a small room where artefacts are exposed, a little over twenty pregnant women are listening to the guide, their bellies facing forward, their eyes focused on the art. Afterwards, they relax in a room filled with portraits from the 18th century while learning about the history behind the old ceremonial dresses. An hour later, some look for benches to sit on, others remain standing, not showing any sign of fatigue.

Many themes are renewed throughout the classes offered by the museum: “Orthodox artefacts”, “Images of the Virgin Mary through Russian art”, “Mother and child in paintings and sculptures”, “Female portraits”, “Russian landscapes” and “The influence of colors on the human state”.

For Marina Komova, the gynaecologist who started the program, the classes “help these pregnant women improve their physical well-being through feeling better emotionally. It is obvious that art has a peaceful and harmonious effect on humans”, maintains Dr. Komova.

According to this gynaecologist, not only do art classes widen the intellectual capacities of the future mothers, but they also influence the child’s brain in the prenatal phase.

Rosalie went to the emergency room with a stomach ache. A few hours later, she was holding her baby in her arms. She became a mother when she had not even known she was pregnant. Yes, pregnancy denial really exists.