Rosalie went to the emergency room with a stomach ache. A few hours later, she was holding her baby in her arms. She became a mother when she had not even known she was pregnant. Yes, pregnancy denial really exists. 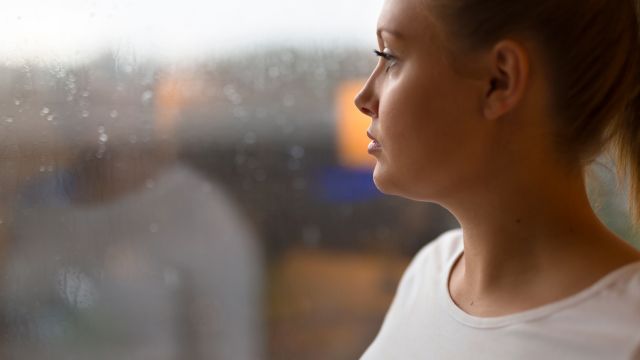 The story of 18-year-old Rosalie was featured on Télé-Québec's Family Format. Rosalie, like hundreds of other women, has experienced pregnancy denial. "One in 2,500 pregnant women experience pregnancy denial up until childbirth," says Dr. Marie-Josée Poulin, a psychiatrist.

This very mysterious condition is attracting more and more attention from researchers as it turns out to be much more common than we thought. "There would be one woman out of 475 who is denying pregnancy until the twentieth week," says Dr. Poulin.

The different denials of pregnancy

Complete denial of a full-term pregnancy

The majority of women who experience a total denial of pregnancy until the end, which means they give birth not knowing that they are pregnant, are in their mid-twenties. They are educated, sometimes still students or already on the workforce. Some have already been pregnant. They have good social support. In short, if you had prejudices against women who have experienced a denial of pregnancy, you should let those go. "A minority, and this is really a minority, are going to be women with psychiatric illnesses, polytoxicomaniacs or with intellectual disabilities. But the majority are women who look normal, " says the psychiatrist.

When a woman is unable to conceive, psychologically, that she may be pregnant, a defence mechanism is activated. The woman will, therefore, repress her condition in her unconscious, to the point of not realizing that she is pregnant.

These women will continue to have their period, will not have a prominent belly, will not feel the baby move ... as if the body agrees with the head. "It demonstrates the power of our brain, the power of the unconscious," says Dr. Marie-Josée Poulin.

These pregnancies often result in premature delivery, especially because these women are not monitored during the pregnancy, so they do not take vitamins and their weight gain is insignificant.

In addition, the psychological state of the woman who gives birth without even knowing that she was pregnant is fragile, or even alarming. These women must "absolutely" have a psychological follow-up following the birth of the child. "There must always be a psychiatric assessment to put in place the necessary follow-up, which will not be a follow-up of a single session," says Dr. Poulin. "From the moment someone, somewhere, realizes that there is a denial of pregnancy, you really should not leave the woman alone at all, at least until she has the attention that her condition requires. Do not hesitate to call 911, it's a red flag. Because we do not know at all how she will react that,“ insists Dr. Poulin.

In some cases, the attachment to the baby is within minutes of delivery, but in other cases, the denial will continue for a few days or a few weeks.

Of all the reported cases of women denouncing pregnancy, those who give birth to a baby without ever knowing they were pregnant represent 11%.

Partial denial of pregnancy is when women realize that they are pregnant in the second or third trimester of pregnancy. In these cases, expectant mothers have time to adjust to their new reality, to have pregnancy monitoring, to prepare for childbirth and motherhood and to develop an attachment to the baby.

Of all the reported cases of women denouncing pregnancy, partial denial of pregnancy would represent 36%.

This last form of denial of pregnancy is relatively new to researchers. It defines the cases in which a woman is intellectually conscious of being pregnant, but does not experience any emotion in relation to the pregnancy, no particular feeling. She will, therefore, continue her life normally. "We are not in the same realm of denial because the woman has the knowledge that she is pregnant, but the emotional component is not there. She experiences too much detachment towards her pregnancy, "says Dr. Poulin.

Of all the reported cases of women denouncing pregnancy, this form of denial represents 52%.

Is art useful? For hundreds of young Russian women, the answer to this philosophical question is yes!