Does your child sounds like a little buzzing engine when he sleeps? We can laugh about it a little but his snoring could also be the first symptom of sleep apnea. 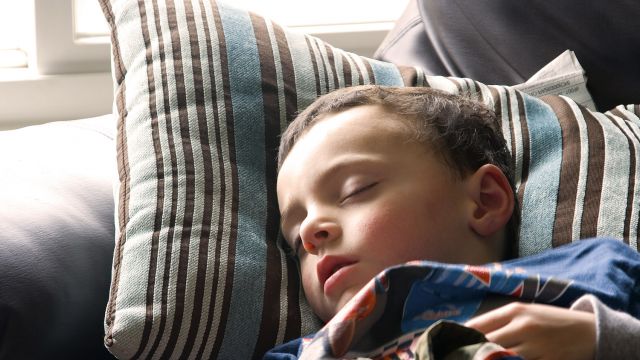 Even if he seems miles away from any sleep disruption, with his little fists clenched, the sounds that come out of his throat could hide a respiratory problem. Frequent and noisy snoring could, indeed, be a symptom of sleep apnea.

But don’t be alarmed as only 2% of children who snore suffer from sleep apnea.

In Québec, about 25 % of children aged 3 to 7 years old snore at least occasionally and 10% do it often.

Let’s first dissect the origins and causes of snoring.

Snoring occurs when the muscles located at the back of the throat relax while you sleep (the tongue falls at the back) and shrink the airways. The air circulating is this narrow passageway makes the soft palate and uvula vibrate because they are the most mobile structures in that area and that is how the snoring sound is made.

But why don’t we all snore since the same muscle relaxation occurs for everyone? Some factors predispose to a reduced airflow to the lungs.

The causes of snoring 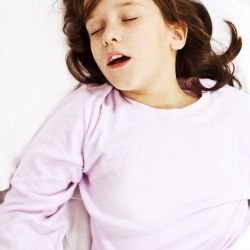 Between 0.7 % and 10.3 % of children are affected by sleep related breathing disorders. Many of those problems go unnoticed and will remain untreated. Sleep apnea is a respiratory problem that should be taken seriously.

When the airway is completely blocked, the air does not flow and breathing is interrupted briefly many times during the night and with it, snoring stops for brief periods. The snorer resumes purring when his respiratory tracts reopen loudly as he awakens from a deep sleep.

Your child could suffer from sleep apnea or of another sleep disorder if he shows one or many of the following symptoms:

You should ask your doctor to refer you to a sleep specialist.

In addition, sleep apnea is very frequent in obese or overweight adults, especially in men.

Sleeping with your children

When they’re babies, co-sleeping facilitates breastfeeding and relationship building. But what happens when your 2, 4 or even 8-year-old child still sleeps with you? A psychologist explains below.

Tired of not being able to get a full night’s sleep? Your back hurts and your baby is waking you by kicking up a storm? Welcome to the clubs of pregnant insomniacs!