My child is a sleepwalker

Have you already found your child standing up, asleep, while they should have been in bed? Are they sleepwalking? Why? Is it dangerous? 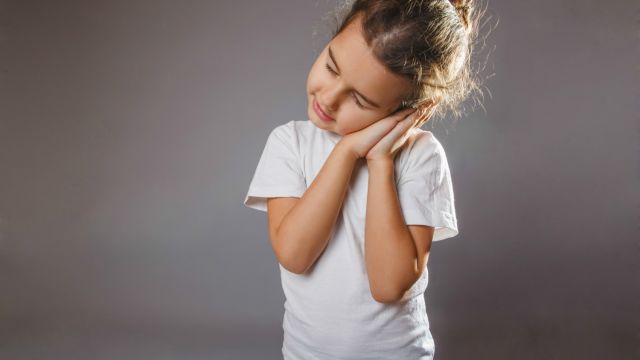 If we wrote every strange or funny story that many of you have to tell, we could write a full book!

Sleepwalking is very common in children: 40% of children aged 6 to 16 years old – especially boys – already experienced occasional episodes of sleepwalking while only 2 to 3% experience more than one episode every month.

It is a neurological sleep disorder. The system that triggers the natural muscular paralysis during sleep is maladjusted in sleepwalkers and that is why a noise or a need to go to the toilet, for example, would awaken the body, but not the brain.

There are three types of somnambulism. In simple somnambulism, the child sits on the bed and performs clumsy gestures and can even talk. Sometimes, they also get up, walk around the house and then go back to bed.

We call somnambulism at risk, the cases where episodes last more than ten minutes and occur two or three times a week. The actions are often dangerous (they can use a dangerous object or fall down the stairs for example).

Terror somnambulism generally occurs in children before the age of six or after the age of ten. Crises occur soon after the child falls asleep and he or she may become very aggressive if we try to wake them up. They are unconscious and they will run around the house, screaming, but will have forgotten everything as they awaken.

How can I identify a sleepwalker?

When they sit in their bed, they walk around the house or even go outside, sleepwalkers seem awake and open their eyes. They can answer questions by yes or no and can perform elaborated actions like going downstairs, avoiding furniture or looking in a cupboard. They can even execute orders but it doesn’t mean that we can manipulate them at will. It is quite the opposite actually because a person who is in the middle of a sleepwalking episode quickly becomes very irritable. 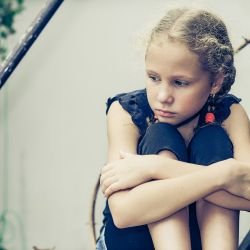 Stress, tensions, lack of sleep and migraines can cause episodes of somnambulism but also some diseases such as Tourette’s syndrome.

In adults prescription drugs, alcohol and drugs can also be a cause.

Notable fact: for 60 % of sleepwalkers, we noted other cases of that sleep disorder in the immediate or extended family or in previous generations.

Somnambulism itself is not dangerous but performing actions or making movements unconsciously can certainly become dangerous.

Contrary to popular belief, waking a sleepwalker is not dangerous. In fact, the reason why we should not wake them is that they could react abruptly or become aggressive. Also, believing that they had a nightmare, the child can run away, trip over something and hurt themselves badly.

Can sleepwalking be cured?

Somnambulism in children generally disappears during puberty. In simple cases – sleepwalkers who have occasional episodes – we can try to eliminate the causes, for example by resolving the lack of sleep, reducing the child’s stress and avoiding violent exercises in the evening.

For children who have frequent somnambulism episodes, the doctor can prescribe medication to eliminate the phases of deep sleep. However, the effectiveness of the medication can fade after a while.

Doctors sometimes use hypnosis, which is relatively efficient.

Setting bedtimes during the school year

During the summertime, we tend to be more permissive about our children's sleeping schedule. But once the school year begins, we must set bedtimes for our children. Adequate sleep is the best way to keep children concentrated, in shape and in a good mood; ready to face a full day of school!

10 tips to facilitate bed time when baby refuses to sleep

Some children are all-star champions in finding excuses to avoid sleep time. Here are a few tips to make bedtime easier.

Sleeping with your children

When they’re babies, co-sleeping facilitates breastfeeding and relationship building. But what happens when your 2, 4 or even 8-year-old child still sleeps with you? A psychologist explains below.

Setting bedtimes during the school year

During the summertime, we tend to be more permissive about our children's sleeping schedule. But once the school year begins, we must set bedtimes for our children. Adequate sleep is the best way to keep children concentrated, in shape and in a good mood; ready to face a full day of school!