Where are we with politeness?

With the family reunions fast approaching, should we force our children to hug an old uncle, talk with an annoying cousin or repeat polite phrases over and over? Here’s an opportunity to assess it all! 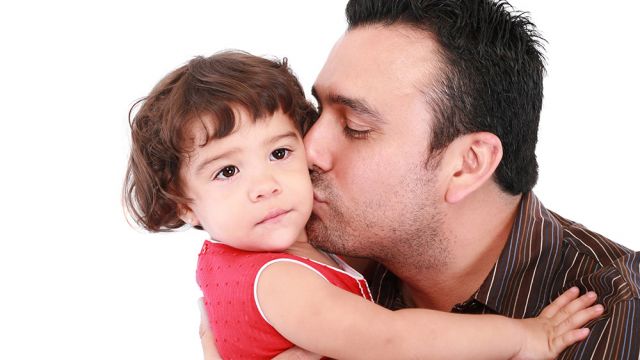 Children are often shy in front of the people that mean a lot to us, but nothing to them! Our children’s refusal to embrace relatives can often make us uncomfortable towards these family members. It is important to explain to your aunt or second cousin that your little one is still shy at the moment and doesn’t want to kiss people he barely knows.

Before you get to the party, make an agreement with your child. For example, allow him to politely refuse to kiss someone but still ask him to say his name and age clearly. As a parent, the best intervention would be something in the lines of: “Adam, aunt Jackie would like to kiss you. You don’t want to? Okay, maybe later then. But I’d like you to say hello to her.” It is important to accept your child’s refusal because we’re showing him that he is important to us. You may feel uncomfortable, but your child should not have to do things just to relieve you of your guilt.

Saying please and thank you?

Politeness is obviously important. But developing your child’s social skills is even more important because they represent his ability to interact with others and articulate nice requests: “Grandpa, could I get a candy ?” There’s no “please” in the request, but it is still asked clearly and politely. Telling your child to thank people for their actions is a good idea, but you have to be careful when it comes to kissing grandpa as a sign of appreciation. Your child should never be forced to kiss someone because it’s a more intimate gesture. Grandpa should not see rejection in the child’s refusal to kiss him, but rather his grandchild’s ability to assert himself.

Some parents are so proud of their child that they’d love for him to show his talent or knowledge to the entire family. If your little one is keen to do it, it’s great, but don’t force him to do so. You can ask him if he wants to sing his song, but if he refuses, show him that you understand his choice. This way, your child will understand that his feelings are important to you and that you respect him. Forcing a child to do something he doesn’t want to do can affect his self-esteem negatively and bring about shyness. 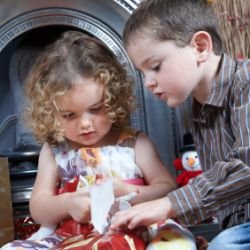 A child that clings to his mother’s skirts is very shy, and it’s normal for a kid to go through such a phase. As a parent, you can support him and help him develop his social skills. Start by preparing him to the upcoming party by telling him who will be there, and explain to him that he might find it intimidating to be surrounded by people he barely knows. If he’s too shy to present himself by saying his name, you can suggest that he simply waive his hand politely.

If he doesn’t want to play with the other kids, you can accompany him to where the toys are and invite him to take a toy or to join a game played by the other children. If he refuses, let him stay with you and repeat this trick once or twice every hour. He will slowly break away from you. It is important not to trivialize or ridicule his discomfort because could experience even more insecurity.

The holiday season is an ideal time to teach our child how to develop his social skills. As a parent, your support is essential. If your child feels supported, he will develop a good self-esteem. Always encourage your little one when he’s making an effort. Helping him express himself when shyness takes over is the best way to go. Your child is an emotional human being and need to feel respected and accepted for who he is. Your role is to make other adults understand that your child is at the stage where he needs time to adapt to new people.

NLP Post-Master, family life coach, speaker and trainer, she works with families and individuals, Her knowledge of early childhood educationcon and expertise in NLP are conducive to innovative, simple and strong interventions. For more information on her family and children practice, don’t hesitate to contact her: www.anniegohier.com or info@anniegohier.com; 514-582 6164.